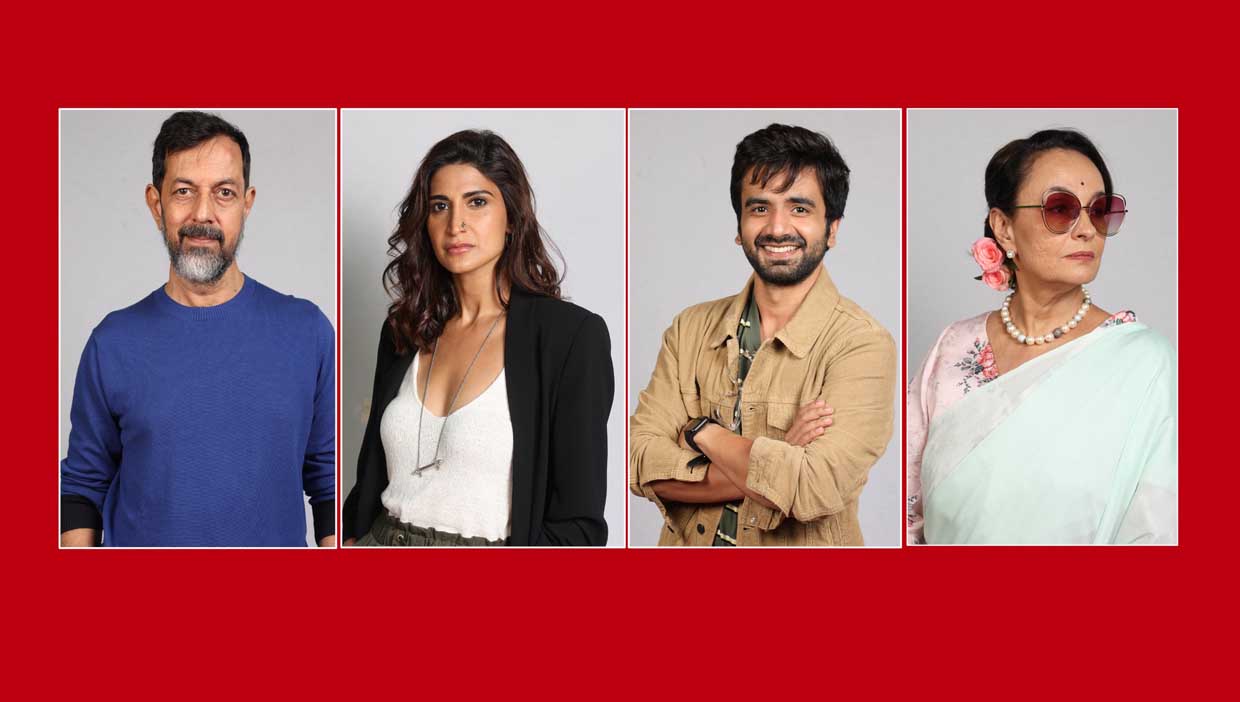 The series will be directed by Shaad Ali and headlined by Rajat Kapoor, Soni Razdan, Aahana Kumra and Ayush Mehra; popular Bollywood actors will feature as guest stars

Applause Entertainment, the content studio of the Aditya Birla Group, has entertained the Indian audiences by bringing several universal stories to India and narrating them with the right local milieu and flavour. In the past, the studio has collaborated with International powerhouse BBC Studios to create smart originals of popular and cult shows like ‘Criminal Justice’, ‘The Office’ and is developing the Indian version of the super hit British psychological drama series ‘Luther’. In addition, Applause Entertainment has acquired Israeli formats and created drama series like ‘Hostages’, ‘Your Honor’ and also announced the Indian original of the groundbreaking hit series ‘Fauda’. Applause is now all set to bring the hit French workplace comedy ‘Dix Pour Cent’ (Call My Agent), originally created by Fanny Herrero and Showrunner Cedric Klapisch and represented by TF1 Studio and France TV Distribution to Indian Audiences.

This dramedy series that premiered in 2015, became an instant global sensation. Narrated through the eyes of four high-profile agents of Bollywood celebrities, this coming of age dramedy will tell the behind the scenes stories of the magic and the madness which keeps the star system running. Fragile egos, manipulation, shenanigans and insecurities come to the fore as the agents traverse through a world of glitz and glamour. Each episode also features a real life celebrity who plays a fun and exaggerated version of themselves.

The series will feature a stellar lead cast of Rajat Kapoor, Soni Razdan, Aahana Kumra and Ayush Mehra along with some prominent names from the Bollywood industry as guest stars in every episode.  After having directed several films across genres featuring Bollywood A-listers, ace filmmaker Shaad Ali has decided to helm this project and leap into the world of premium drama storytelling. He has directed iconic hit films in the past like ‘Saathiya’ and ‘Bunty Aur Babli’ which went onto capture popular imagination and live on today in Bollywood pop culture.

‘Call My Agent’ has been written by the talented duo Abbas & Hussain Dalal and produced by Applause Entertainment in association with Banijay Asia.

After a successful partnership for 2 seasons of the hit show Hostages, this will be the next association for both Applause Entertainment and Banijay Asia. The show is set to go on the floors late October.

Commenting on this announcement, Sameer Nair, CEO, Applause Entertainment said, “At Applause, our constant endeavor is to find and tell universal stories that suit the needs of Indian audiences. After bringing American, British & Israeli formats to India, this series marks our first French format acquisition. ‘Call My Agent’, is a witty and wicked tale that will take our film loving audiences on an enthralling, comic and exciting journey into the lives of their favourite Bollywood stars.  Abbas and Hussein have done a delightful adaptation and in Shaad we have found the right partner to bring this show alive with a vibrant team of actors.”

Collaborating with Applause Entertainment for the first time, director Shaad Ali said, “I have been a consumer of premium drama series and always been keen to explore it as a director. When Sameer discussed this opportunity with me I thought it would be the perfect since not only does the story excite me, it is a project with Applause Entertainment who has been producing a slate of prolific drama series over the recent years. We have put together a great team of writers and crew for this project. I’m sure that our audiences will love a show like this.”

Deepak Dhar, Founder and CEO, Banijay Asia said, “The team at Banijay is looking forward to partner with Applause on yet another International format and present it to our Indian audiences. ‘Call My Agent’ is one of the most successful French shows we have seen, bringing this show to our country will be an exciting challenge. I’m extremely grateful to Sameer Nair and the Applause team for all their support. A huge credit goes to the impeccable writers, Hussain & Abbas Dalal, who have added the right local flavour and texture to the plot.”

Sabine Chemaly, EVP of International Distribution, TF1 Studio commented– “Applause Entertainment has acquired and successfully presented multiple smart originals of acclaimed International formats to Indian audiences. As the makers of the original, we are very happy and excited about Applause telling this story to the Indian audiences.”