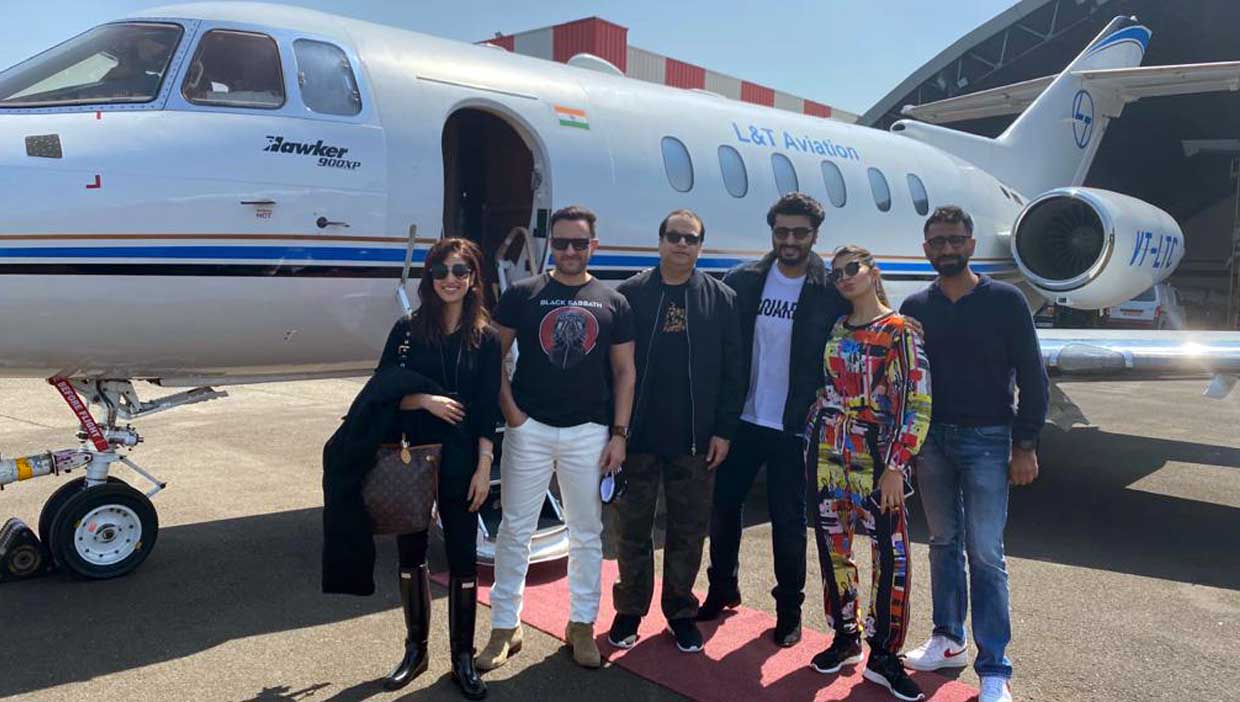 The much awaited spooky adventure is about to begin! Bhoot Police team left for the shoot today, the lead cast which includes Saif Ali Khan, Arjun Kapoor, Jacqueline Fernandez, Yami Gautam along with producers Ramesh Taurani and Akshai Puri. The team was spotted at the private Mumbai airport as they headed to Dalhousie in a private charter to begin their shoot schedule.