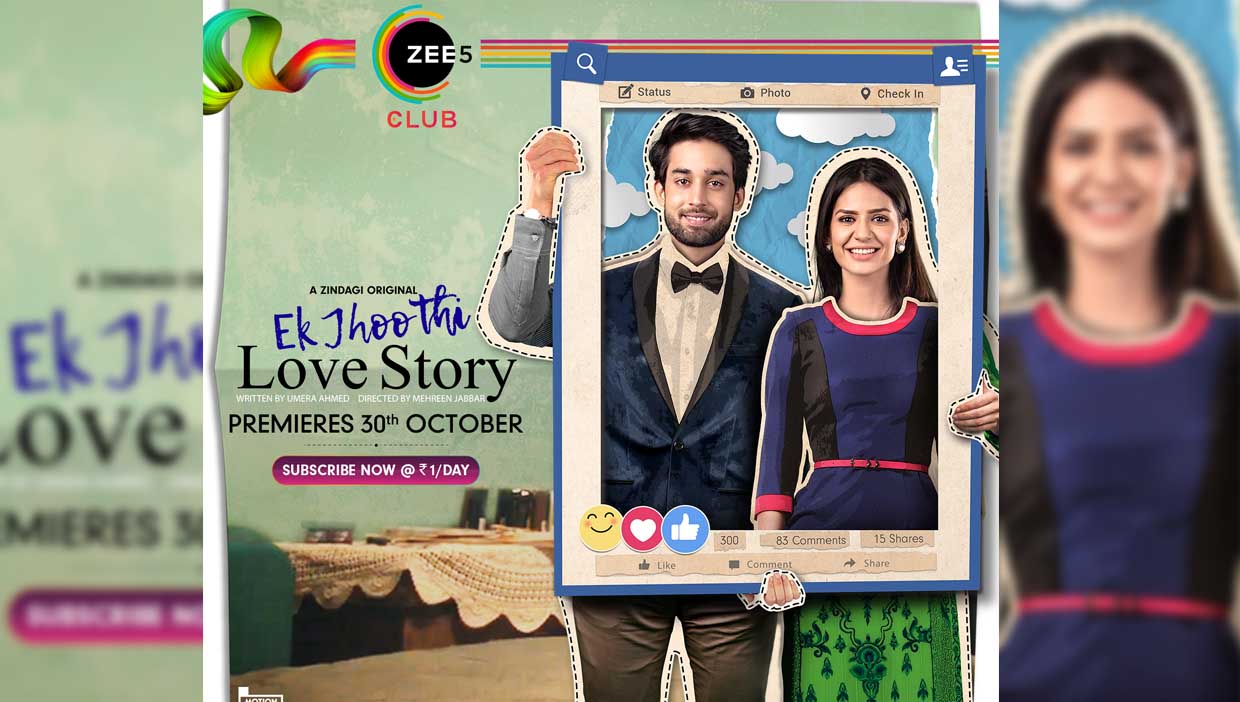 “Cultural ambassadors are the most important ways to forge peace and friendship ahead”, says Mehreen Jabbar

The critically acclaimed director talks about cultural exchange through art and her collaboration with Zindagi.

ZEE5 dropped the trailer of Zindagi’s second original ‘Ek Jhoothi Love Story’ last week and it is being immensely loved by the audiences. Written by Umera Ahmed and directed by celebrated director Mehreen Jabbar, the show stars Bilal Abbas Khan and Madiha Imam in the lead. Known for her acute insight in films Mehreen Jabbar talks about art and it being a medium of finding middle ground for peace.

Having collaborated with Indian makers and artists in films like Ramchand Pakistani and Lala Begum in the past, Mehreen talks on cross-cultural exchange through art, she says, “I have always believed in collaboration and have myself done two films- Ramchand Pakistani and Lala Begum, with Indian actors and collaborators (Zeal for Unity). There is so much shared history between us, right from language and songs to beyond. I think cultural exchange across borders is something that shouldn’t be interrupted at all, because cultural ambassadors are the most important ways to forge peace and friendship ahead. Also, I think collaboration of music, art, cinema should not be subject to politics.”

Zindagi original ‘Ek Jhoothi Love Story’ all set for a global release on 30th October, 2020 only on ZEE5.