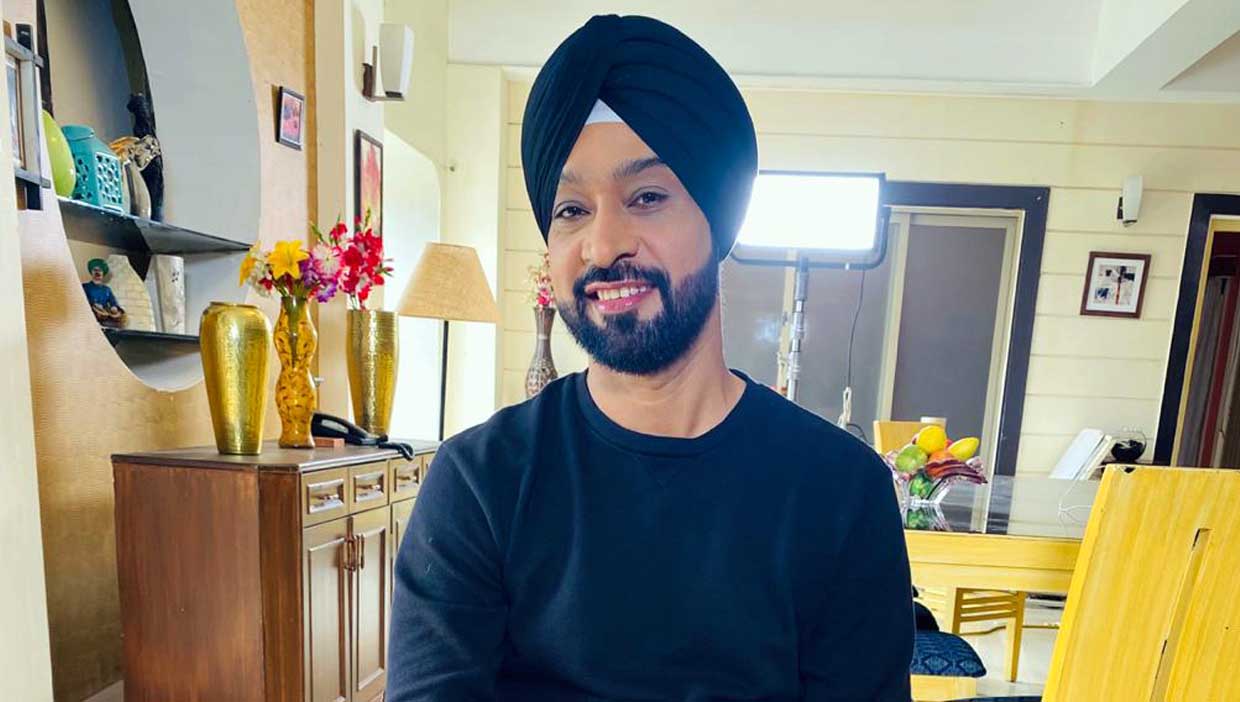 Multifaceted Gurmeet Sodhi makes waves as a singer and musician!

He is a singer, composer and production controller ,wearing different hats and now coming out with his own single shot in Filmcity and other Mumbai locales. He is Gurmeet Sodhi who hails from Kashmir and made Mumbai his home some ten years back. On the advice of his mentor star Jeetendra . he came down to Mumbai and started work as his executive producer in Balaji Films Ltd on the popular show Kahiin Kisi Roz. He then turned towards music by learning under Kalyanji Singh Maharaj and brought out many albums with Sagarika Music and other prominent music companies.

Now Sameer Dixit of Pickle Films has signed him on as their artiste who they will manage and promote. He is bringing out an album for Pickle Entertainment. He is also doing production work for Dixit’s future films and web series. A Kishore Kumar fan and a complete teetotaler and very grounded , He feels singers like Baadshah, Mika Singh, Daler Mehndi, Sukhvinder Singh, Sukhbir, Raftaar have done a lot for Punjabi music and the resurgence of Punjabi film industry and music industry. He feels that these singers have atleast one song to their credit which have made their music career in the industry.

He informs that he is on the verge of signing two Punjabi films which will go on floors soon after the lockdown. He sees his classical music teacher Kalyani Singh as his inspiration.  He further adds that the audio industry is going through a bad phase but the digital music industry is doing a lot for the music professionals. Right now he is into his role of a production controller , a job which he enjoys a lot but music is his first love!Gurmeet  Sodhi is a music genius to look out for!