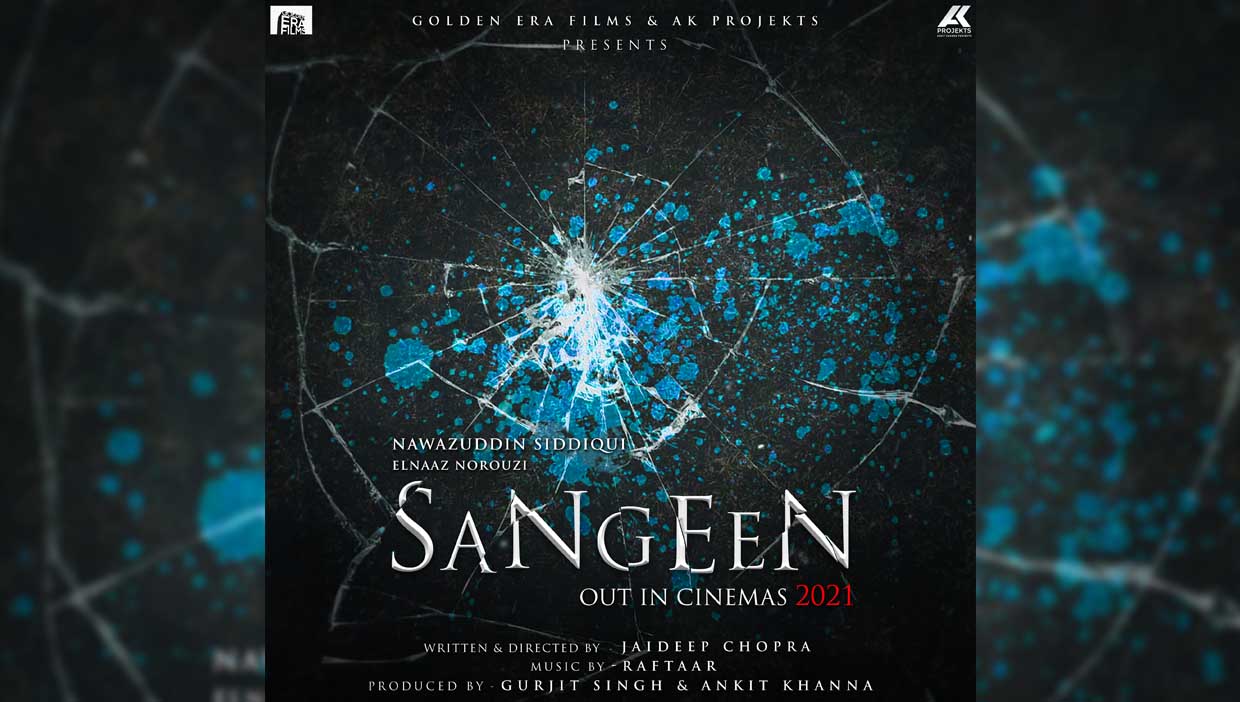 Award-winning actor Nawazuddin Siddiqui has been roped in as the lead protagonist for ‘Sangeen’. Essaying the role of his female counterpart and paired opposite the actor for the second time will be Iranian-born Sacred Games actress Elnaaz Norouzi.

While the film is directed and scripted by Jaideep Chopra, it is being jointly produced by Gurjit Singh of Golden Era Films and Ankit Khanna of AK Projekts. Shot across London and Mumbai, the film will go on floors in January 2021 and is anticipated to have a theatrical release in the very same year. Acclaimed music producer, singer-songwriter and rapper Raftaar who has worked with Nawazuddin Siddique in Manto has been roped in for the musical score, making this film his maiden innings in the entire film score composition

Nawazuddin Siddiqui states, “Sangeen is a unique film and I am excited to being essaying a thought-provoking character. I am looking forward to teaming up once again with Elnaaz Norouzi after Sacred Games. The script is an experimental one and I am sure Jaideep Chopra will do full justice to it and together we will be able to discover something novel.”

Elnaaz Norouzi states, “I am so honoured and thrilled to work with Nawazuddin Sir once again. Sangeen is an incredible script, a role I’ve always secretly dreamt of essaying as an actor. I am looking forward to bringing that complex character to life with Jaideep Sir who has written it so skilfully.”

Jaideep Chopra states, “Very excited to be working for the very first time with Nawazuddin Siddiqui. He is an actor par excellence and I couldn’t think of any one more deserving than him to bring a sense of authenticity to my film. Elnaaz Norouzi has an innate creative acumen and this film will showcase her in a brand-new light within the cinematic ecosphere.”

Raftaar states, “I’m excited to be curating the complete musical score of a film for the very first time and can’t wait for the ensuing roller coaster ride.”