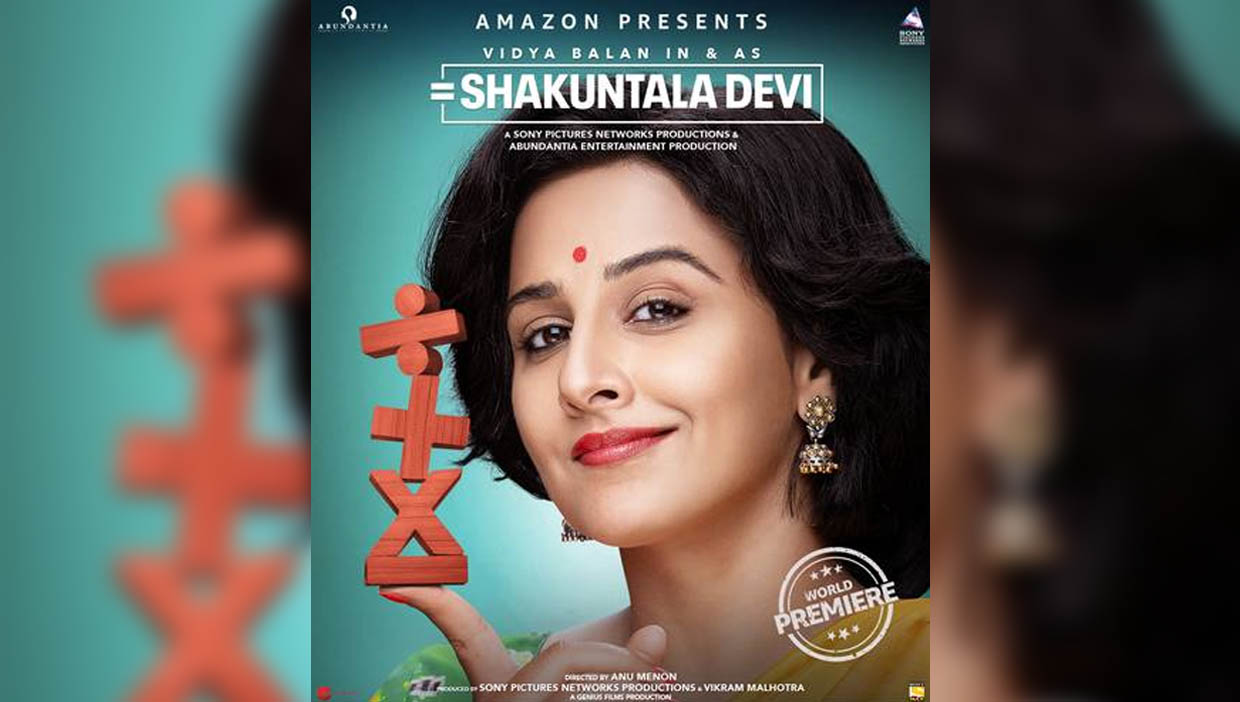 The makers of upcoming film Shakuntala Devi have just released the trailer of the film and it looks quite interesting & exciting.

She wrote a number of books including novels as well as texts about mathematics, puzzles, and astrology. She wrote the book The World of Homosexuals, which is considered the first study of homosexuality in India.

The makers Shakuntala Devi film have just released the trailer of the film and it looks quite interesting & exciting. Film Starring Vidya Balan, Sanya Malhotra, Jisshu Sengupta, Amit Sadh and others supporting cast.

Watch The Trailer Of Shakuntala Devi Below:

The film is a dig deep into the life of the renowned math genius Shakuntala Devi who was also known as the ‘human computer’ because of her astonishing calculations.

The Shakuntala Devi is going to release on July 31 2020 on digital platform Amazon Prime Video. Film is directed by Anu Menon and produced by Sony Pictures Networks Productions and Vikram Malhotra. The screenplay of the film is written by Anu Menon and Nayanika Mahtani and the dialogues by Ishita Moitra.