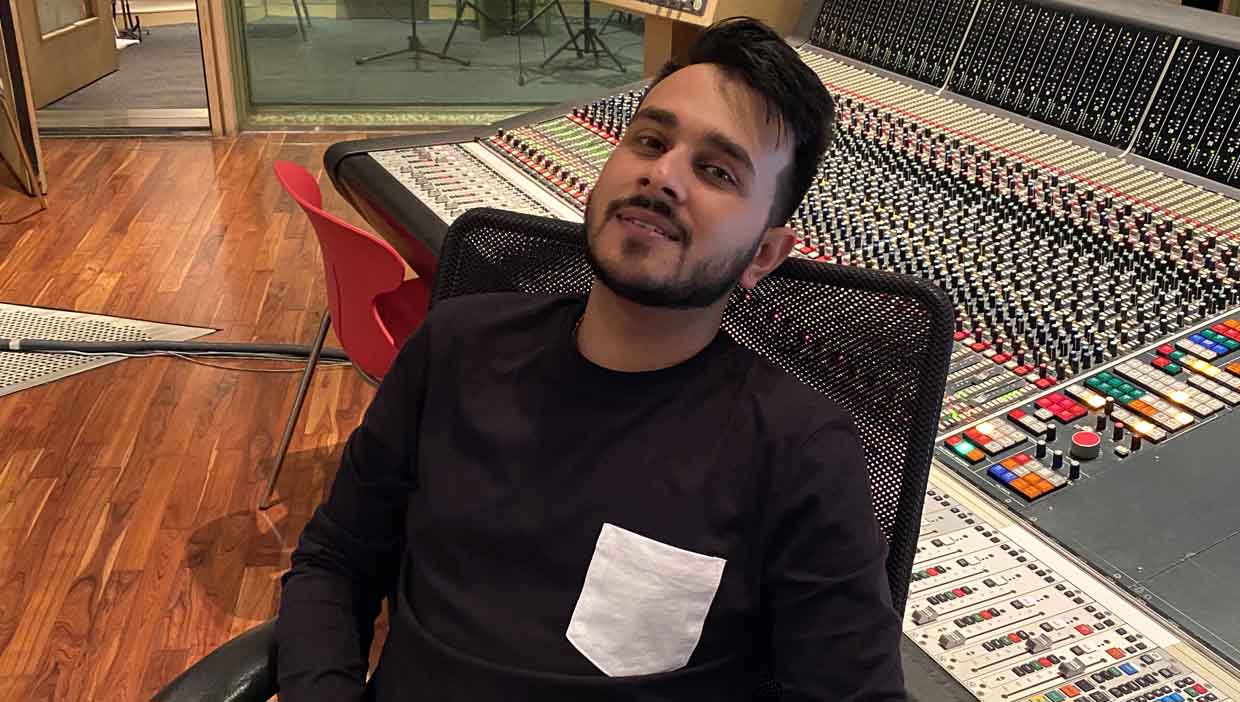 Vee Kapoor, a budding star singer, who has made everyone crazed behind his soulful voice is now taking a much higher note in his career, as he records in Yrf studios with some supremely talented musicians of the country or we can say legitimate legends of the country.

Kapoor is a UK-based singer and had started pursuing music at the age of 26, though he always had a corner in his heart reserved for the world of sounds & notes. Vee’s passion for music made him finally release his first single ‘Giridhari’ which was a devotional song that made everyone sink in his unique voice for the first time. After the huge response for his first recording, he got a zest to do more and went ahead to record a couple of other singles too. All of his songs and unplugged versions of Bollywood music made everyone go gaga over his melodious voice. In 2021 this young bag of talent came down to Mumbai to achieve more in his career as a musician. The impact of his voice was so strong that even made legends of the music industry fall for his voice.

Vikas Kapoor aka -Vee is now recording a song at the prestigious Yrf studios with iconic lyricists and music director Prashant Ingole & Jackie. We all know how incredibly talented these two are, as they have proved their potential through their song there and again. On one hand, Prashant is considered Sanjay Leela Bhansali’s favorite, and on the other side is Jackie Vanjari famously known for his work in – Border, Tiger Zinda Hai, Bajirao Mastani, and more such Bollywood blockbusters.

Hard work and indomitable desire towards making music brought Vee to India and within a very short span of time, he became a known voice to a lot of people. Vee’s journey is a perfect example of how it’s never too late to follow your passion. It’s just been 2 months since his arrival in Mumbai and the boy is already making wonders.

Kapoor will soon unbox more of his songs in the coming days and it will be really interesting to see how far he will go with his impressive ability to win hearts. I’m sure Vee will make it to everyone’s playlist in the near future, as once you hear him, it’s hard to not listen to him on loop.