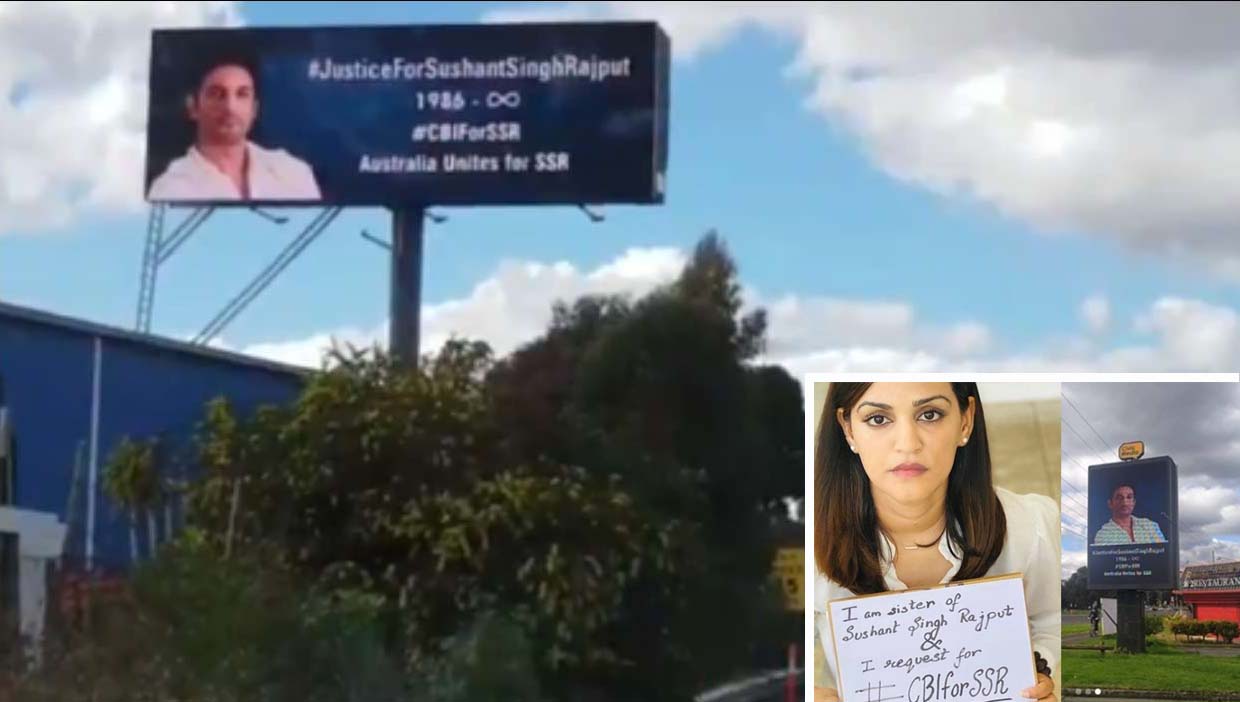 Sushant Singh Rajput Case: Australia made it happen as 7 Billboards are up throughout the continent for #CBIforSSR

The unfortunate death of Bollywood actor Sushant Singh Rajput on 14 june shocked and heavy hearted family and fans not only in India just but also the entire world. Now it’s has become mysterious and the talk of the nation as new claims have been unfolding every day.

Yesterday Sushant’s Sister Shweta Singh Kirti Tweeted a pic of billboard in the support of late actor Sushant Singh Rajput demanding CBI Investigation for his death as she wrote on twitter; SSRians across Australia made it happen. 7 Billboards are up throughout the continent which convey the strong message that the whole of Australia is standing with SSR! Are You? #GlobalPrayersForSSR #JusticeforSushantSinghRajput #CBIForSSR #SCMonitoredCBI4SSR #Warriors4SSR