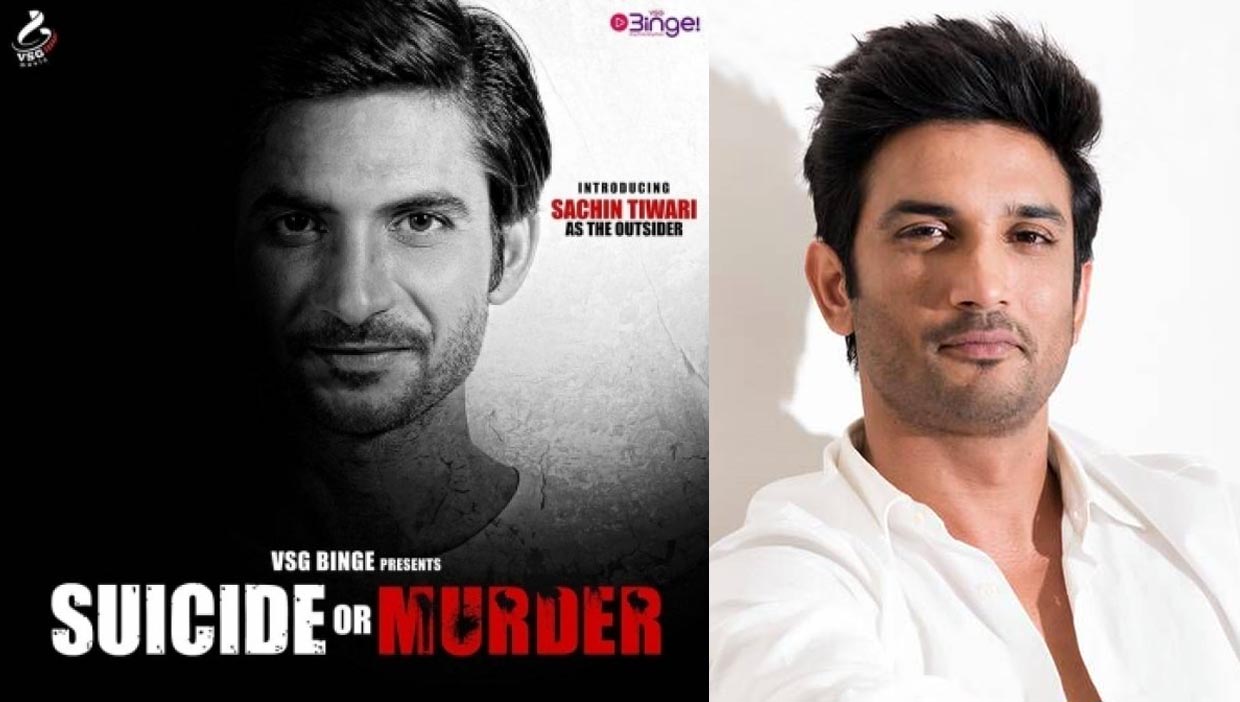 Actor Sushant Singh Rajput who was found dead in his Mumbai residence on June 14 2020. Since no suicide note was found in his house. So some people calling it’s suicide while other calling it’s a murder and demanding for CBI Investigation.

By using the same plot producer Vijay Shekhar Gupta announce a home production titled as Suicide or Murder. A TikTok actor Sachin Tiwari in the lead role. Sachin, whom fan found look likes as late actor Sushant Singh Rajput and featured him on the poster of the film.

The first poster of the film introduced Sachin as ‘The Outsider’. Moreover, the film is not a biopic of the actor’s life, as per the Vijay Shekhar, but inspired by his life. The film is expected to start shooting in September in Mumbai and Punjab, with a release expected at Christmas this year.

Film’s producer Vijay Shekhar Gupta told Indian Express, “Sushant Singh Rajput’s death by suicide came as a shock for everyone especially to his family and fans, but it’s not the new thing. Many actors who come into the film industry to fulfill their dreams of making it on the big screen, end up not getting work. Many people take this route, and some of them keep struggling all their lives. So, we wanted to narrate a story of actors from small towns, who don’t have godfathers in Bollywood and struggle very much. We will be revealing other characters one by one. I can assure you that this film will definitely uncover the real face of the insiders of Bollywood.”

The film will be directed by Shamik Maulik, with Shraddha Pandit composing music for the film.

Sachin Tiwari found recognition for his similar look to late Sushant Singh Rajput. He is fitness enthusiast, On his Instagram page, he was doing so many stunts. Thanking social media users, on July 2, he wrote on his Facebook page: “Hello Friends, You people are amazing, I never expected this kind of tremendous love. Thank you so much everyone for being with me. I created this page so that I can share more contents with everyone.”