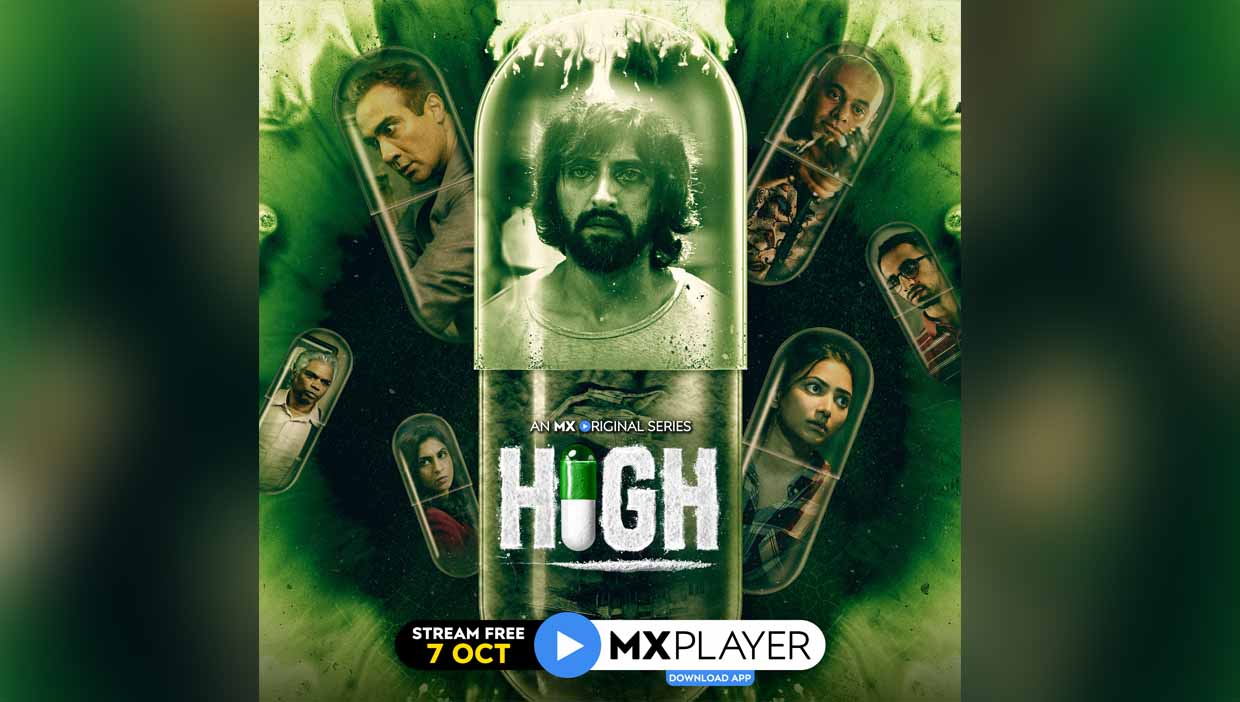 The chase begins for the new ‘High’ in town!

By Sandeep Hattangadi | Edgy. Raw. Real – the trailer for MX Player’s newest crime drama, MX Original Series ‘High’ dropped today and it promises to be all that and more. Substance users, suppliers, peddlers, gang wars, media, pharma companies and a ruthless henchman – this power packed series witnesses a thrilling chase for the new ‘high’ in town.

Shiv Mathur (Akshay Oberoi) is an addict struggling to get a grip on life and eventually finds himself in a rehab facility. The rehab is run by Doctor Roy (Prakash Belawadi) and two other junior doctors Shweta (Shweta Basu Prasad) and Nakul (Nakul Bhalla) who are working on a mysterious compound. This magical pill seems to have an edge above all; but is this miracle drug worth dying for?

The existence and sampling of this pill creates the biggest disruption in the illegal drugs market and manages to grab the attention of professional assassin – Lakda (Ranvir Shorey), amongst many others.

But will Shiv and the gang be able to achieve their dream? Or will they be eliminated?