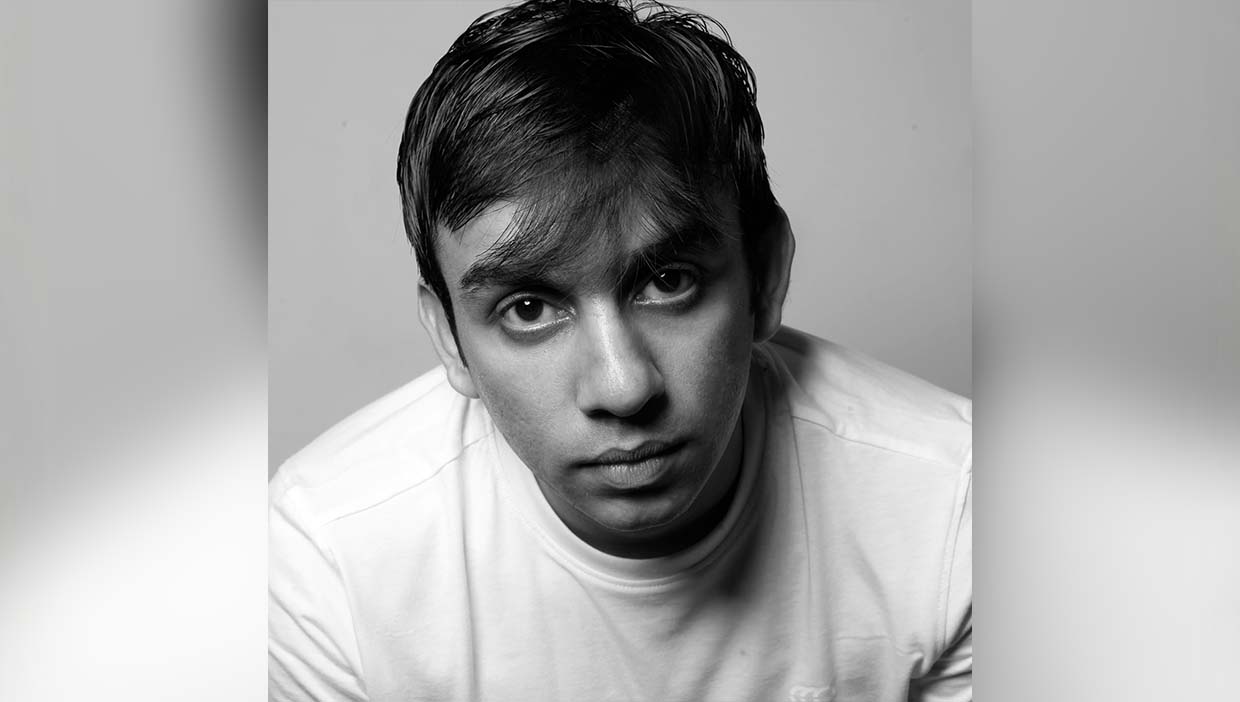 It’s a delight to watch him in both the mediums. Camera loves him. He is an actor, voice over artist and a part time director. Gandharv is born and raised in Delhi. He changed schools to attend the prestigious Modern School ( Barakhamba road, New Delhi) so that he could pursue theatre more seriously than a mere extra curricular activity. He was a Special Quota Admission (Acting) in Kirori Mal College. There he was an active member of college’s theatre society ‘The Players’. During his days in ‘The Players’, he started taking theatre very seriously and decided to take acting as his life long profession.
He was an actor with The Yellow Cat Theatre Company and The Tadpole Repertory, Delhi. In the year 2012, he was selected in NSD where he polished his skills and craft to the maximum. After completing his P.G. diploma in acting, he shifted to Mumbai and started taking professional assignments. He has done stage plays with well acclaimed directors like Manav Kaul ( Chuhal), Lilette Dubey (Kanayadaan), Vikram Phukan ( Those left behind things) to name a few. For camera, he has done TVCs for various brands, short films, web-series, and feature films. Slowly but surely he has marked his presence as a very strong actor with his performances yet he is always enthusiastic to take up any challenge as an actor. He humbly shared his views about his journey and personal process as an actor with BFP magazine.

Q. As Steve Jobs puts it, ‘You can only connect dots backwards.’ Which were the moments in your life that made you pursue acting as a profession?
I’m the only child of extremely busy professionals. My parents are very busy professionals and they had to find avenues to keep me busy. I’ve either been on stage or around a stage ever since I can remember.
After school, the thought of becoming a pilot and traveling the world seemed like a fine job to me and my parents paid the registration fee to a flying school in Florida, called Panam.
My dad joked on our drive back, and said what’s going to be the difference between you and a truck driver? The answer embarrassed me, and I realised I’m on the verge of killing my dreams. My father was trying to be funny, but he gave me a lot of clarity about how I did not want my life to be. Then, the other turning point was of course, my years at under grad studying literature, at Kirori Mal College, and my time of hard grind and glory at The Players made me a human being from a Modern School brat, it gave not only gave me direction in acting but life. It is there I imagined and realised, that is all I would want to do for the rest of my life.

Q. You are a trained actor from National School of Drama also. What does training impart in an amateur actor?
A crucial awareness of how ordinary an actor is, not just in terms of skill but in realising the depth of the art form and an understanding of what a vast ocean acting is. Actor training provides a platform to experiment, collaborate and most importantly fail, which I feel is extremely precious. In training, you discover many ways one may go wrong which frankly, one can’t afford in professional work.
In institutions such as the NSD, you get to be with, watch and reside with amongst the most brilliant young artists of the country at their prime form. It’s priceless.

Q. Do you think OTT platforms will replace Cinema halls in future?
I hope they don’t. I love a community watching experience. I feel being in a dark room and watching a film on big screen is irreplaceable. However, I feel the OTT platform has its place and shouldn’t be compared, it’s giving actors like me an opportunity to get discovered sooner and responsible parts one may not be offered as soon.

Q. Actors alter their psychology according to the character/scripts. Does it effect their personal lives/ behaviour. Do you think in India, we need some kind of medical intervention to keep a check on Actor’s mental health ?
A good actor is able to be vulnerable on stage or screen. It is damn exciting to watch. Although, being vulnerable is sign of weakness in everyday life. It’s very tricky to cope up with the mundane when you’re trying to create special moments, memories and characters in your art.
It’s important to find a balance and crucial to consult a doctor if you need help. I value life and living, as much as my art. I fully realise that the separating, work and life is essential and so is being grounded and keeping your emotional and mental health in check, if you wish to be a working actor for decades. It gets tough, it’s no fun if it doesn’t. Keeping things simple, helps.

Q. How did you prepare yourself for Zoya Factor?
We work shopped with Atul Mongia, initially along with our director Abhishek Sharma. I realised pretty soon, I might have to play Harry a notch higher than I thought while reading. The tricky bit was to believe in his world-view and be convincing. I can’t relate to Harry and on the first day of the workshop I stopped judging him and was able to find joy playing him. Apart from that, it required me to train to be a fast bowler. That was like a dream job. I love my food, had to stop ordering midnight Zomato to stay in an international crickets shape I resumed the ordering, the day shoot got over.

Q. Good Acting is one thing and auditioning is another. What should an actor keep in his/her mind before going for an audition. Any suggestions?
I think, you require great acting to crack auditions and not just good acting. The competition is very stiff and the good parts available are few and it’s essential to get your A game to the audition room.
We shouldn’t try an over achieve during an audition, I think the director and the casting people are aware, there are no co actors, lights location or sound in an audition room. We should just try and focus on the scene and do it at the best of our own capacities. There is a reason you were called for the test, it’s best to stay closer to your instincts and not
over prepare.

Q. You are equally active on stage and screen. What kind of instructions/directions you usually give to yourself while shifting from one medium to another? Or it’s just the same thing?
I’m aware it should and has to change from lens to lens, space to space, and one auditorium to another. You need to be sharp about these things. I make it a point to stay aware but relaxed. It’s like how a batsman is aware of the ground and the fielders, but knowing just that, is not batting. It’s just an element of both acting and batting. Having said that, an over consciousness of these thing can lead you to manipulate and you maybe caught. This truly is as complex and as easy as you would like to make it. It’s all the same but different. The point is not to stress yourself in figuring out the differences, but being aware while acting. I check the lensing before every shot and similarly visualize the audience, from the stage or space before a show.

Q. When will we see you again on screen? Your future projects and commitments?
I’ll be seen in Maddock’s Shiddat directed by Kunal Deshmukh with Sunny Kaushal and Radhika Madaan, which is due to release soon. I was shooting for Amriki Pandit right before the lockdown, we may resume shooting if things get better in January. The rest I can’t speak about right now.