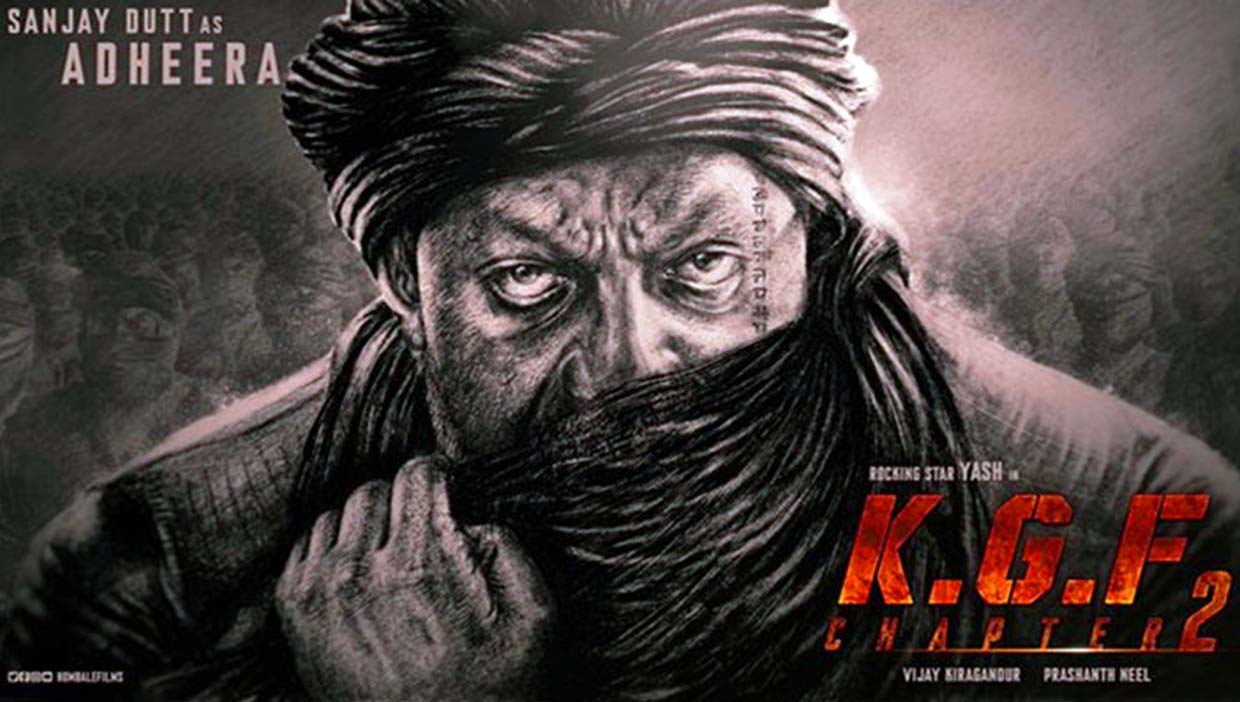 Sanjay Dutt, today on his birthday took his social media account to share the first look of his most awaited film ‘KGF Chapter 2’. The versatile actor, who is all set to make his debut in Kannada cinema with the multi-starrer by playing the character of Adheera, the main antagonist in the film.
Today on Twitter, the birthday boy shared his first-look from the film and wrote, “It’s been a pleasure working on this film and I couldn’t have asked for a better birthday gift. Thank you @prashanth_neel, @Karthik1423, @TheNameIsYash, @VKiragandur, #Deepak, #Lithika, #Pradeep & the entire team of KGF.”

KGF 2, led by Kannada superstar Yash, the makers had a special treat on the occasion of the film’s lead antagonist, Sanjay Dutt’s birthday. Today Sanjay celebrates his birthday and turn 61. The makers celebrated his birthday with the fans by sharing the first look poster of his character, Adheera in the KGF Chapter 2.

Film director Prashant Neel took to his twitter handle to share Sanjay Dutt’s first look as Adheera. The filmmaker along with the first look had a tweet that read, “‘ADHEERA’ – Inspired by the brutal ways of the Vikings Happy Birthday @duttsanjay baba, thank you for being a part of #KGFCHAPTER2. Looking forward to our craziest schedule soon.”

Sanjay, who has played negative roles previously and leave huge impact on audience that’s made fans excited with this on-screen look. Talking about the first look poster, Sanjay Dutt looks deadly with a sword, tattoos and a ponytail along with the salt and pepper beard.

The KGF Chapter 1 was a huge hit, the second one which is helmed by Prashanth Neel will see Yash and Srinidhi Shetty reprising their characters. Actress Raveena Tandon also joins the cast as she portraying the character of India’s Prime Minister, Ramika Sen in ‘KGF Chapter 2’.