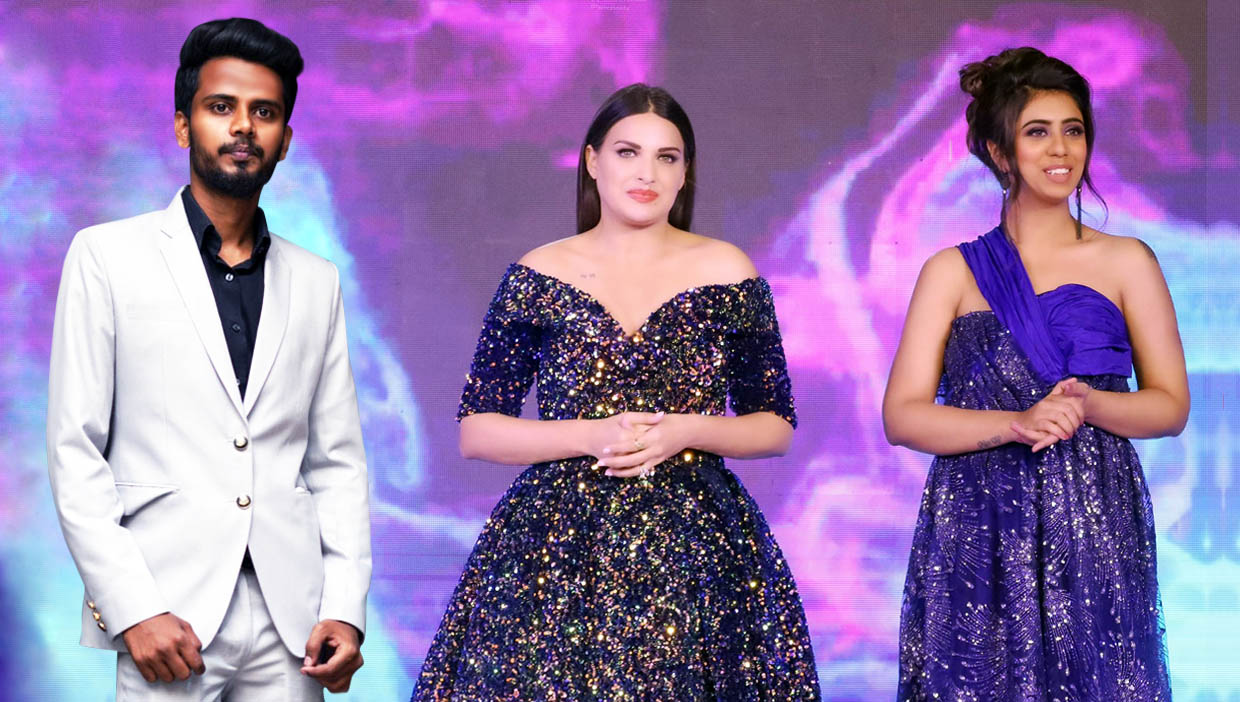 The Glare Orbit has added another two chapters of glory and success to its rising fame – Glare Orbit Fashion Week season 2 and Mr. and Miss Glare India 2021.

The very events inspired people to get creative, to design, to be the change they want to see in the world. Mr. Rudra Gupta, founder/director Glare Orbit and the organizer has gifted Kanpur these two tremendous events. He is giving recognition to fresh and upcoming talents and wishes to bring the name of Kanpur in the global list of fashion destinations.

Along him, the Co-founder of Glare Orbit was also there as celebrity show stopper and jury : Aashi Bagga who started her career as Miss UP 2017. She has bagged numerous badges to her shoulder. Miss Central India 2018, Lead Actress Sardarni, Jass Records 2019 and much more. She has also been Showstopper for numerous fashion brands across the globe.

Another celebrity jury and show stopper who honoured the occasion was beautiful Himanshi Khurana big boss season 13 fame. She is a gifted actress. She has been working in Punjabi film industry since long and now known as a skillful, talented actress and popular celebrity in Punjab.

Brilliant and very well-known personalities like Miss Ojasvi sharma and Megha Sachdeva were finale jury members for the event. Miss Ojasvi has showcased her talent on various stages. She is India’s miss TGPC season 9 winner and Miss Megha Sachdeva is a very popular name in Fashion and modeling industry. She has won many tittles for her grace and beauty like Miss Muradabad 2019, Miss style icon 2018, LIVA miss diva 2020 finalist many more.

Winners of various tittles at Glare Orbit event are Pratiksha Darjee from Assam who won the title of INTERNATIONAL MODEL OF 2021 and Kanishka Trivedi from Kanpur won the title of Miss Glare India 2021.

Sahil Choudhary from Haryana and Vishal Sahu from Chhattisgarh were first and second runner-up for the tittle.

Himakshi from Jaipur Rajasthan was announced first Runner up and Shruti from Kanpur was 2nd runner up for the tittle.

Moon and Mars resort, Kanpur is the venue partners for both the events which in itself is a trademark. A space where reflection of the soul takes place as people across globe leave their pressure and chaos behind to take refuge in the lap of nature. It is decked with artistic interiors and modern-day amenities, built on 11 acres, this super luxury designer resort in Kanpur offers 3 Lawns, a luxurious banquet & conference facilities for 30-2500 persons at one time.

The makeup partner for both events were Personality ikon make-up studio, Pandu nagar, Kanpur. A well established name in art of makeup and looks in Kanpur. It is known for its best expertise in the field. Personality iKON makeup studio has hard earned its name by it’s creative and innovative styles.

Bombay film Production magazine was invited to the event. Once it has won the award of India’s most promising magazine of the year for film, fashion, lifestyle and entertainment. Mr. Sahil Saini Founder and CEO himself received the award. Now BFP magazine is the exclusive magazine Partners for Glare Orbit India.

The great pageant community ( TGPC ) are online media partner for recently concluded events. TGPC has  successfully supported it with all the online media coverage and helped in expending the reach across many online media platforms.

Many designer took the stage to show their design and creative efforts.
Well known celebrity Fashion designer Rahul Rao from Lucknow presented some of his creations which are a fusion of Indian and western styles of dressing. His brand Melacci is all about beautiful amalgamation of diverse styles and cultures.  He himself designed outfits for Himanshi Khurana , Megha Sachdeva and Ojasvi sharma.