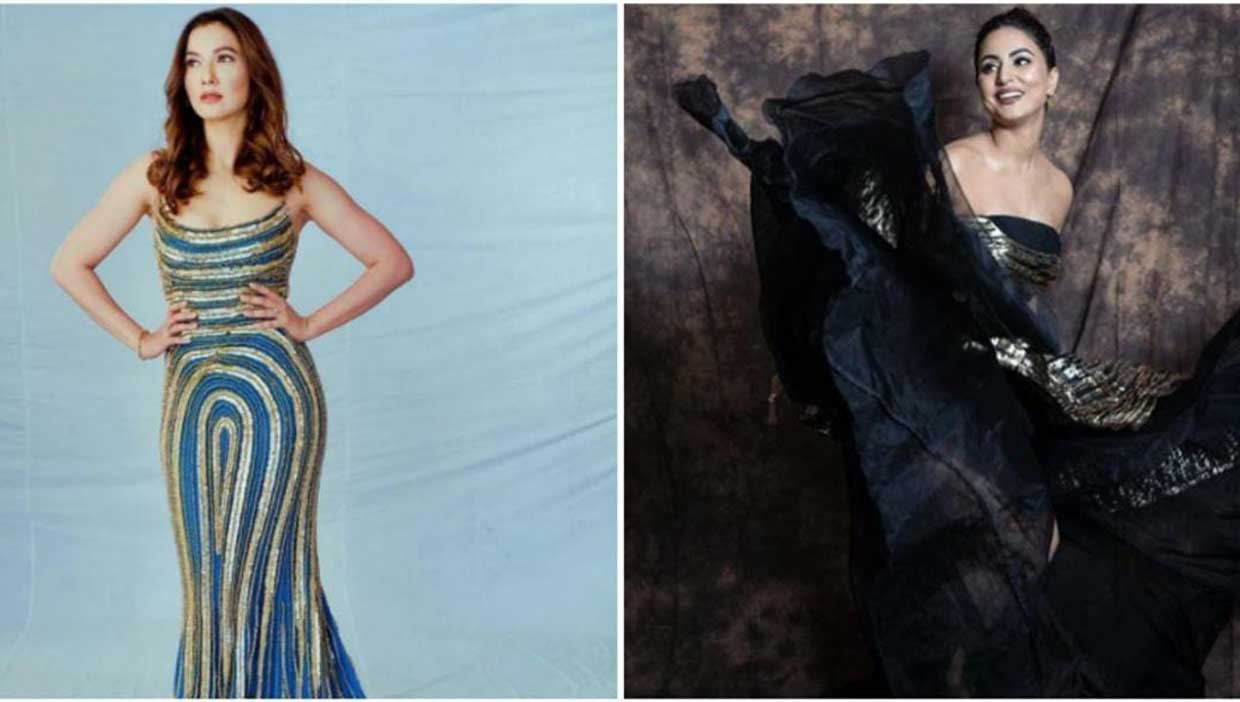 By Sandeep Hattangadi | Former contestants Hina Khan, Gauahar Khan, and Sidharth Shukla will have crucial roles to play in the upcoming season of Bigg Boss. While all three were seen in the introductory episode, it was Gauahar Khan who had our attention

In the upcoming season of Bigg Boss, former contestants like Hina Khan, Gauhar Khan and Sidharth Shukla will have crucial roles to play, and all three were seen in the introductory episode of the show.

Among them, it was Gauahar Khan who had all our attention for looking like an absolute vision.

Styled by Devki B, the actor stunned in a sequinned gown from Steven Khalil.  We dig the geometrical embellished design on the dress. The look was completed with hair styled in soft waves.

On the other hand, actor Hina Khan was seen in an ensemble from Swapnil Shinde and disappointed quite a bit. The off-shoulder outfit had a long train but there was too much going on and it was further made worse by the cakey make-up. The look was completed with a sleek hairdo.

Who do you think looked better?