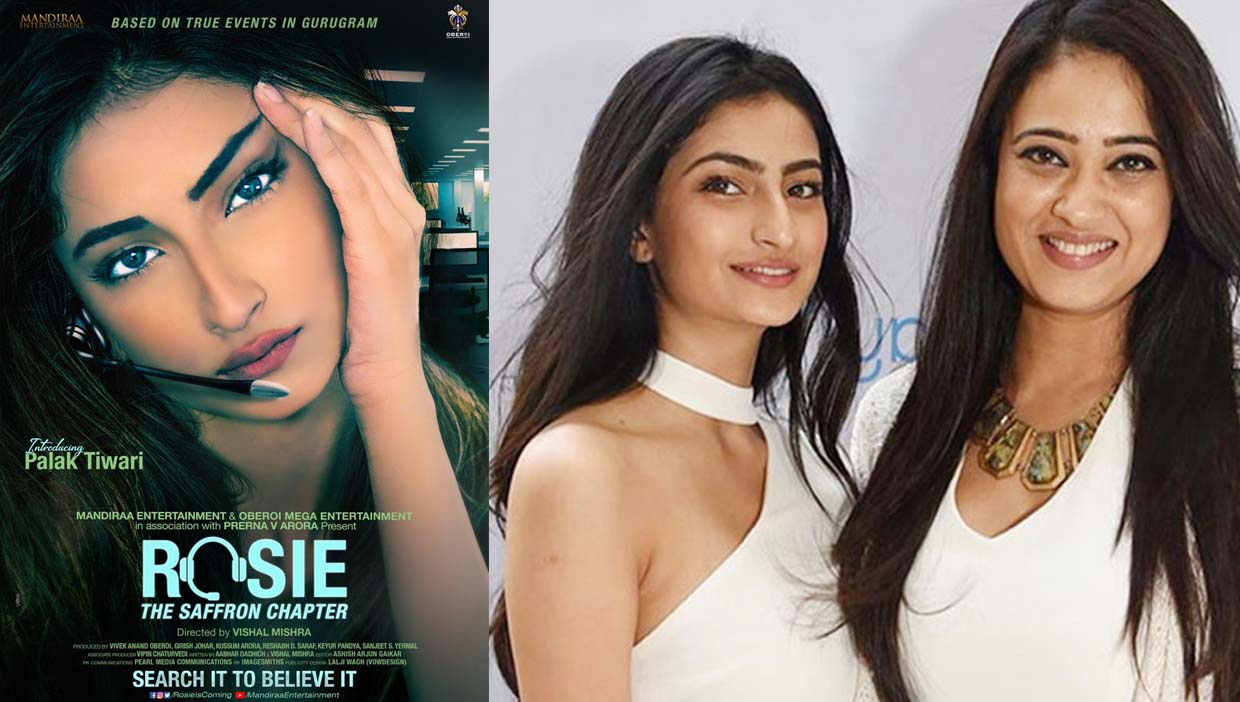 Film actor Vivek Oberoi shared the poster on Twitter and wrote, And here’s our mystery girl, glad to launch @palaktiwarii in & as #Rosie! Our horror-thriller franchise is based on true events in Gurugram,directed by @mishravishal.#PalakTiwariAsRosie#PrernaVArora@mandiraa_ent#OberoiMegaEnt@RosieIsComing@IKussum@girishjohar@d_reshabh

Rosie: The Saffron Chapter is said to be based on true incidents that happened in Gurugram. The film will be based on the story of disappearance of a woman in the city.

Talking about her daughter’s future , Earlier, Shweta told in an interview that “She’s waiting for a right project to come. She also wants to finish her studies first. She doesn’t want her to get into a career without proper education. She wants to take a degree and then start working.

Vivek Oberoi had said, “With my new venture, I want to support and produced concept-based films that I believe can change the movie landscape in their respective genres. And not just the film, but also make way for new talent. With Rosie, I hope to achieve both. It’s a franchise and with every sequel, we hope to introduce someone new in the industry.”

Our country full of strange supernatural events, we have rarely seen any horror-thriller films based on true events. With Rosie, I hope to break those grounds without falling prey to any horror film cliches, he added. I’m excited that this project.