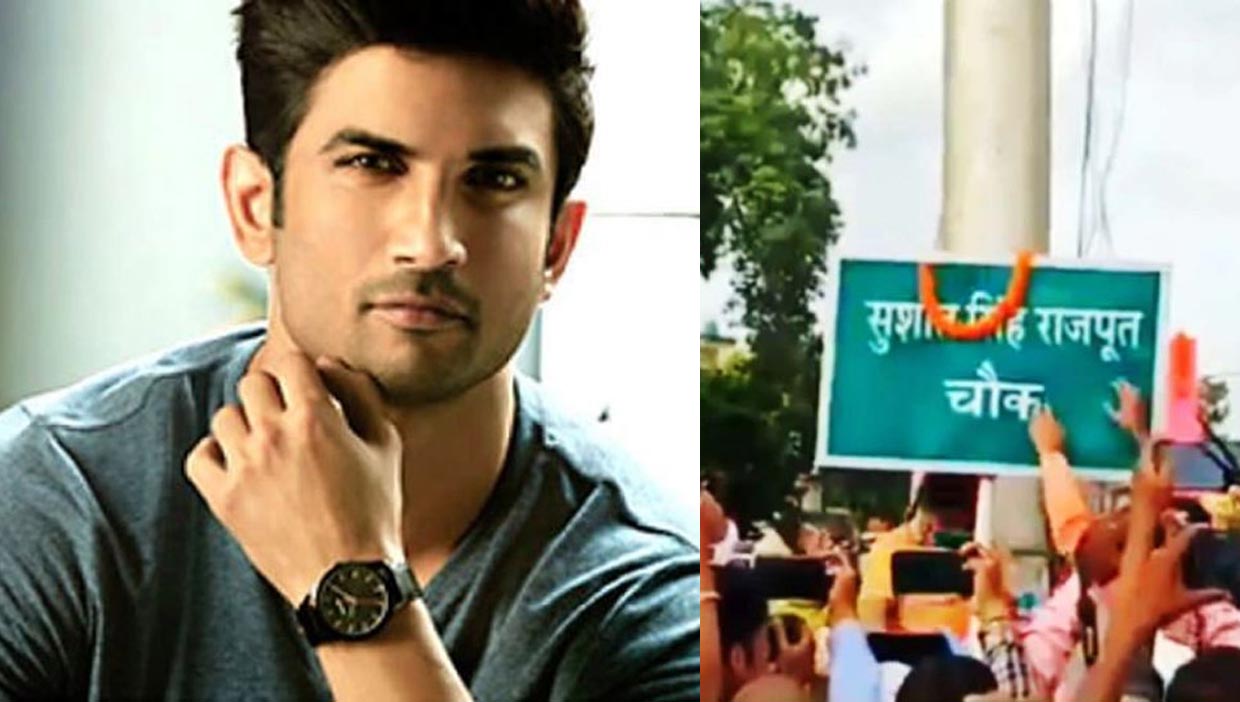 A Road Name Dedicated to Sushant Singh Rajput after his death

After Sushant Singh Rajput’s unfortunate death his fans and few actors including well know film personality like Kangana Ranaut & Shekhar Suman are protesting to get a CBI enquiry and paying tribute to the late Sushant Singh Rajput in their on way. Recently, a road in his hometown Purnea in Bihar was named after Sushant.

Here is the video:

Tejashwi Yadav current leader of opposition in the Bihar Legislative Assembly and Ex Deputy CM Bihar also meet Sushant Singh Rajput family and demand for CBI enquiry. Shekhar Suman also met with Bihar’s CM Nitish Kumar and request for the same last month. His fans and supporter have also been urging the Government and the officials for a higher investigation in his suicide case.
Sushant was found dead in his Mumbai apartment on June 14. No suicide note was found in his house. His funeral took place the next day on June 15 which was attended by his family, friends and his Bollywood counterparts.