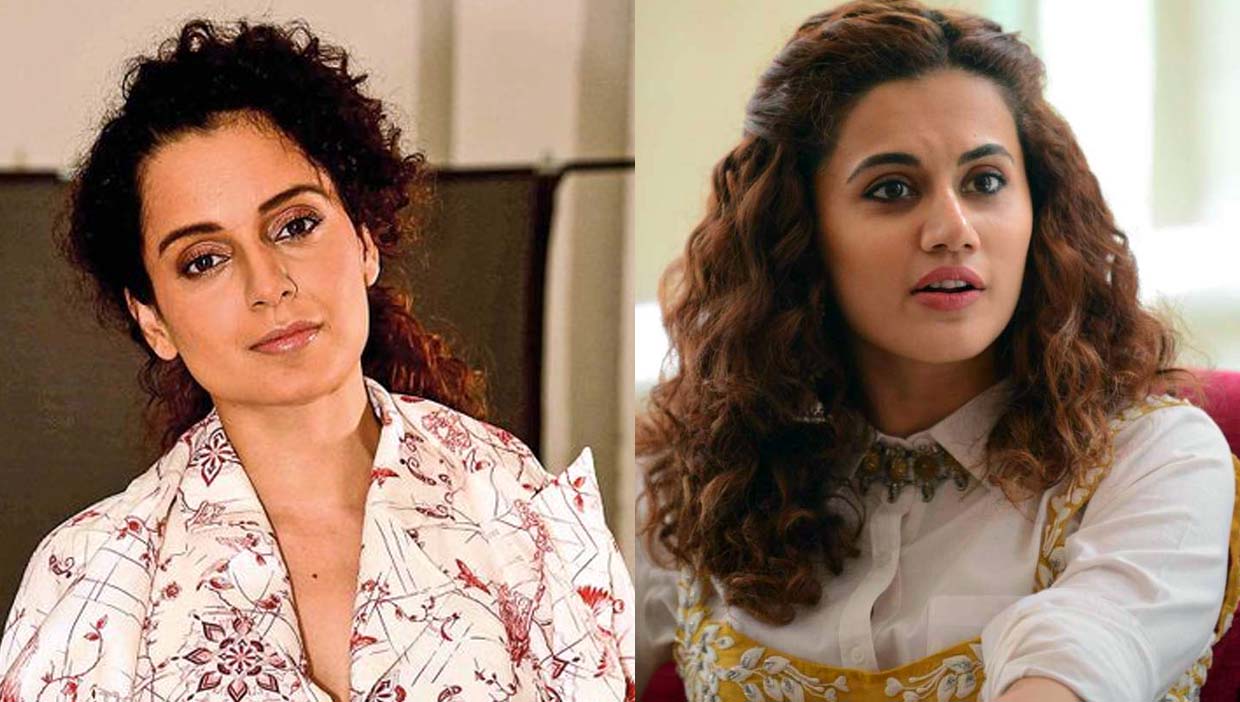 Currently Bollywood industry is bursting with debates, Recently actress Taapsee Pannu took to Twitter to raise her voice for the sympathetic industry.’ Tagging both Richa Chadha and Swara Bhasker on a tweet, the actress slams  Kangana Ranaut’s statement on her in a recent interview and wrote, “Hi @RichaChadha @ReallySwara someone is really concerned about our bills and our EMIs. Such a kind sympathetic industry. So much respect for our ‘B grade’ struggle.”

Replying to Kangana’s statement, calling the actress a “B Grade actor”, “Needy outsider” and “Chaaploos”, Taapsee also wrote in a recent tweet, “Now I’m getting confused.So is my existence because of nepotism as mentioned earlier by her or coz of her. I need clarity coz I wanna be clear who I am grateful to “a needy outsider wants to know!”
“Wow! That’s a compliment. If I could match Alia’s action I think I did well. And if we come for further classes do we just stick to acting or we have to learn to being sympathetic also?”

For the industry, recently Kangana in talks in with an entertainment portal revealed why actors like Taapsee Pannu, Swara Bhaskar and Richa Chadha are never seen in her support as they have “bills to pay” and understands their silence.