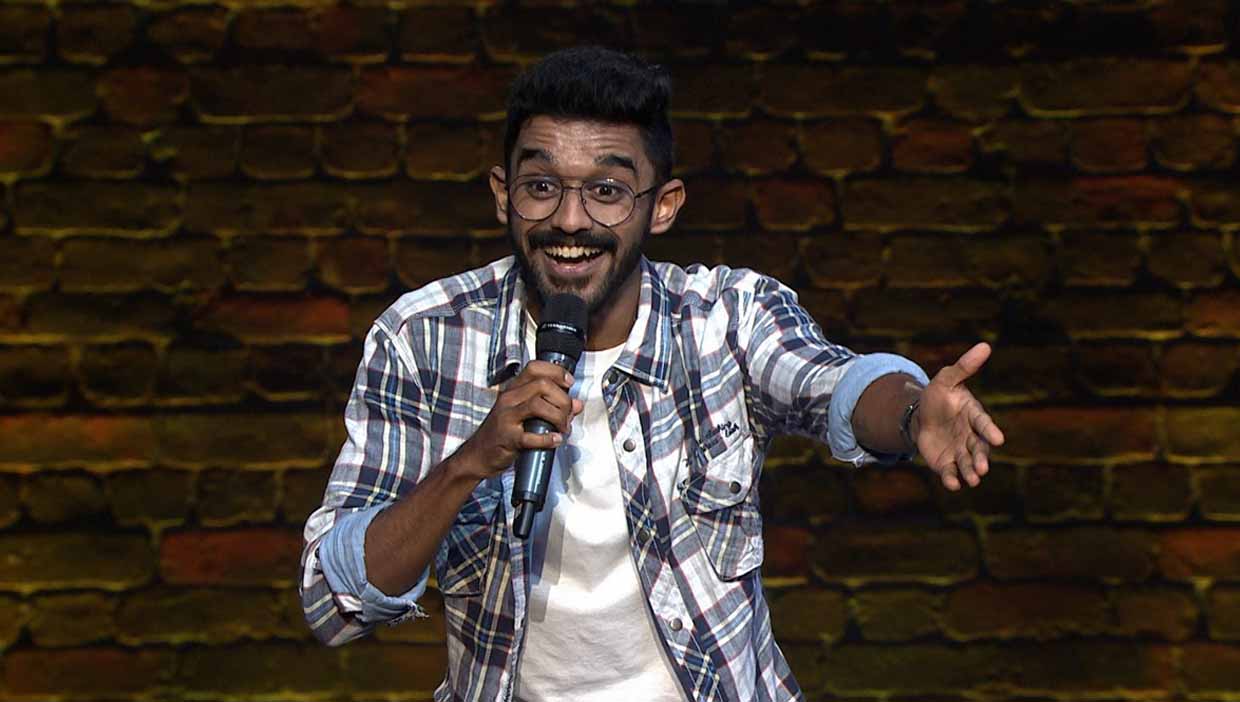 After 8 rib-tickling episodes, contestant Abhishek Kumar, popular for his comic character Mrs. Janaki, emerged as the winner of the first Tamil Amazon Original Series Comicstaan Semma Comedy Pa. Hosted by Vidyullekha Raman & Mervyn Rozario, the show saw a tough battle of comedy between 6 contestants across the season that was judged and mentored by renowned Tamil comedians Praveen Kumar, Karthik Kumar and Rajmohan Arumugam. The nail-biting final round of “The marana mass grand finale!” of Comicstaan Semma Comedy Pa between Abhishek Kumar and contender Syama Harini was the deciding factor to announce the winner. Shyama Harini being the only female contestant gave a tough competition to Abhishek till the last bet of the show.

Created by Only Much Louder (OML) Entertainment, the eight-episode binge-worthy series is the first of its kind format in Tamil on a digital streaming service.

Praveen Kumar, the judge of Comicstaan Semma Comedy Pa said, “Abhishek Kumar was amongst the finest contestants throughout the episodes.

while guiding and mentoring him, we got to know a different side of him on how he is a perfect actor-cum-comedian. The most adorable part about him is he can make you laugh by acting through his jokes. He insistently adopted the show format and every time came up with something unique. He deserved to be the winner of the season.”

Vidyullekha Raman, the host of Comicstaan Semma Comedy Pa Said, “Abhishek left no stone unturned to nail his performance through his body language and superb energy levels. His stupendous energy and spontaneity reminds me of actor and comedian Nagesh, who is like a god of Tamil Comedy. I always found a Charlie Chaplin expressions in him which is absolute replica of Nagesh. He has the ability to make you laugh with his expressions more than his dialogues. I think that’s what is the impression of a great comedian.”

Abhishek Kumar, the winner of Comicstaan Semma Comedy Pa said that, “I participated in the show with no expectations but for a fun, learning experience. All the contestants are so talented and I learnt something new about comedy during each and every shoot. Winning the season is surreal and I am still trying to process it. I am glad to have been a part of this journey with the expert judges, hosts as well as my fellow contestants. A big thank you to Amazon Prime Video for creating this format in Tamil.”