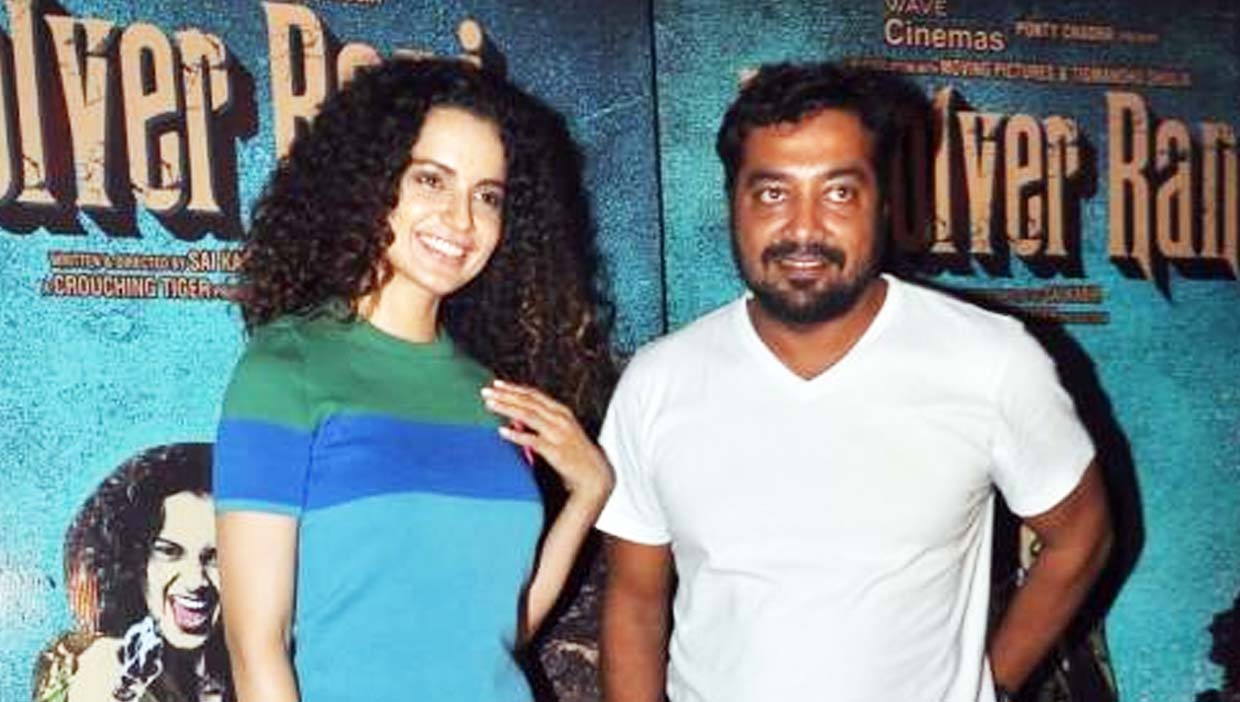 Confession by Anurag Kashyap as Kangana Ranaut always stood by him

Ongoing conflict between Anurag Kashyap and Kangana Ranaut have attracted a lot of attention of people. In spite of anurag and the kangana shared a great togetherness in their past, but right now things seem to have gotten bitter with the current scenario . An old interview of Kangana Ranaut with Irrfan Khan has been doing the rounds on social media platform where the Kangana is seen defending Anurag Kashyap while in talkinfg with Irrfan. Check out the video here:

On twitter many users tagged Anurag Kashyap and pointing finger on him how the Kangana had defended him after his film, ‘Bombay Velvet’ failed at the box-office. The caption of the post read, ‘This is how #KanganaRanaut defended you @anuragkashyap72 after Bombay Velvet’s failure. But you were digging her 9-10 year old videos to prove her wrong. @KanganaTeam @KanganaDaily

In Retweet Anurag wrote, ‘Absolutely she did . She always stood by me . I am not her enemy . You all are . The people who are using her are.’

In a recent interview with a news channel, Anurag talked about how things got bitter between Kangana Ranaut and him. According to him, Taapsee and he laughed at a joke on her and that might have hurt Kangana. He mentioned that post the social media jibes, he wondered why the “two friends” were saying such things to each other. That’s when he intervened “like a friend” but it was to no avail as Kangana shared the conversation on social media.
The director also went on to say that he is ready to extend an olive branch and apologise for the video if Kangana was offended, but he says her current stand may not help.