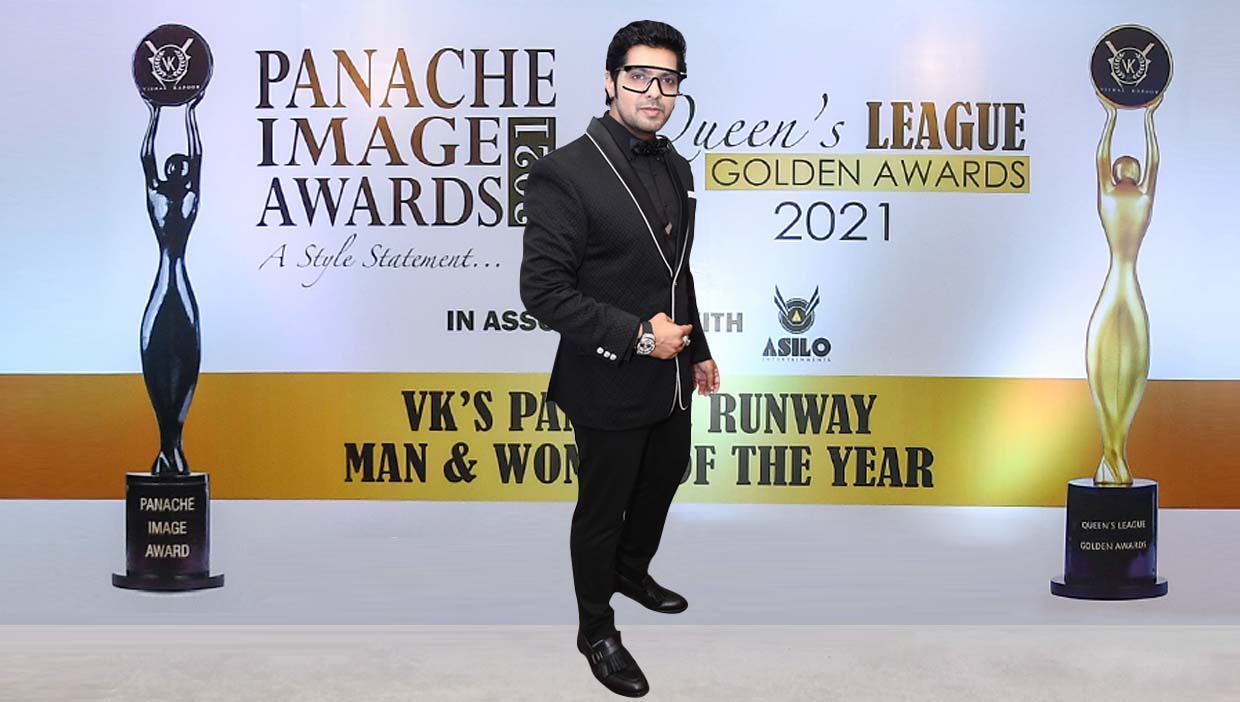 Vishal Kapoor (VK) has made a remarkable style statement once again with the 3 sets of awards series!

PANACHE IMAGE AWARD 2021
The founder & director Vishal Kapoor (VK) has made a remarkable style statement once again with the 3 sets of awards series.

Vishal Kapoor (VK) Founder & Director of Panache Runway along with his advisory board member Habib Mithiborwala giving due recognition to the achievers with Pananche Image Awards 2021.

Vishal Kapoor who has created a name for himself in the field of fashion is recognizing people’s efforts giving Award’s by Panache Image Awards from last 3 years successfully.

QUEEN’S LEAGUE GOLDEN AWARDS 2021– Taking an initiative Fashion designer Vishal Kapoor (VK) has designed an exclusive coffee-table-book & a golden lady trophy for 17 crowned queens all around the India to celebrate their achievements & journey by felicitating them with a dignitary walk. The queens also walked the ramp in style and received a gift hamper along with the coffee table book.

VK’S PANACHE RUNWAY – MAN & WOMAN OF THE YEAR 2021 – The face of panache as brand ambassadors were announced by (VK) Reyansh Sharma – Man Of The Year and Kavitha Kishore – Woman Of The Year.

Host are the one who keep the event very alive and thrilling with their talent and skills.The celebrity host of the event were Habib Mithiborwala, Simran Ahuja and Priyana was red carpet host.