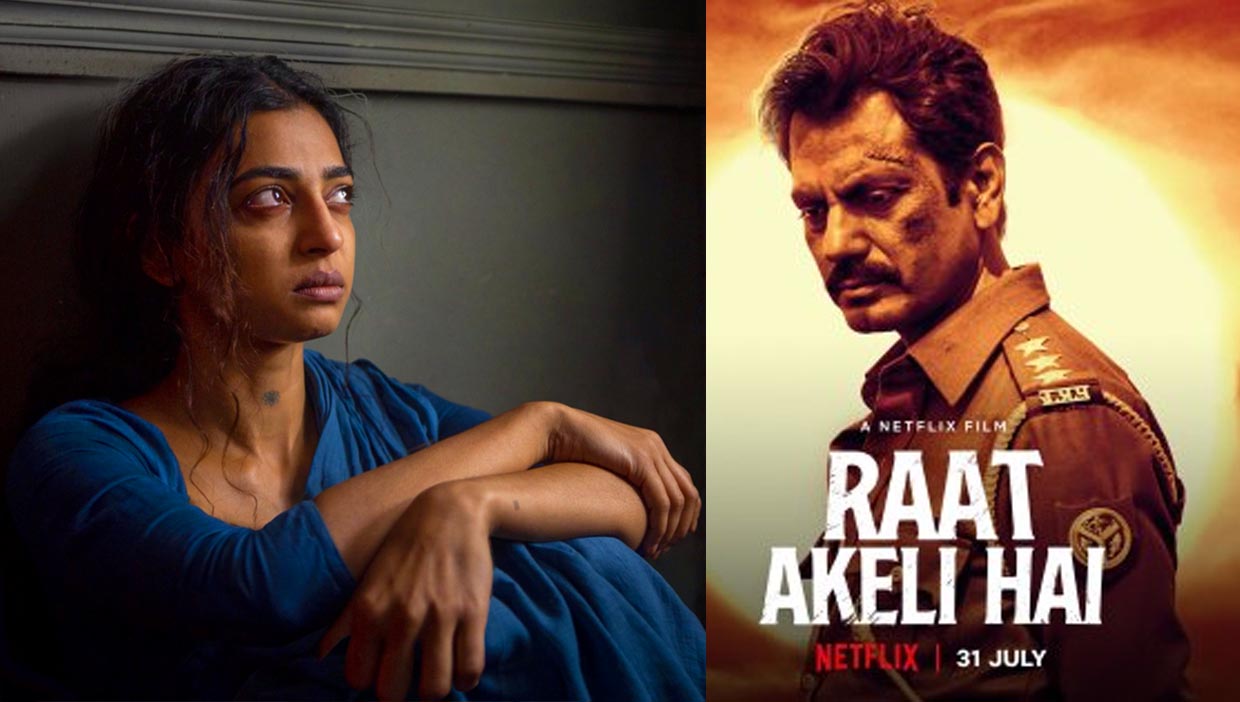 Radhika Apte says flake off the layers of her character in upcoming film “Raat Akeli Hai”.

The trailer of the upcoming drama film was released on Friday. The makers promises to take the audience on a mysterious journey, as police officer Jatil Yadav (Nawazuddin Siddiqui) investigates a murder of powerful local politician.

“The crime thriller narrating the lives of various family members while the murder of its patriarch is being investigated. Radhika Apte play the character of Radha, the new bride of the deceased, who is stubborn, feisty, arrogant and yet mysterious,” Apte said, “She alternates between suspicion and being vulnerable. To flake off of her character and it’s very inspiring and challenging for her. Honey Trehan’s vision is truly unparalleled and we all just wait for audiences around the world to watch it.”

“Raat Akeli Hai” is the story of a high profile murder in small town India that sends a tough yet narrow-minded police officer on a twisted investigation, as he navigates deeper into the dark past and toxic patriarchy of the victim’s family, having to battle the inherent patriarchy within himself in the process.

Nawazuddin plays the role of Jatil Yadav, and he feels “Raat Akeli Hai” is the kind of story that draws “you in immediately and takes you along the winding journey”.

“I play the role of inspector who is investigating the murder of a powerful man. A complicated character, Jatil is a social offbeat and awkward around women. He is always in the search of justice — and does not rest until he finds out the truth,”.

Raat Akeli Hai will be released on Netflix on July 31.