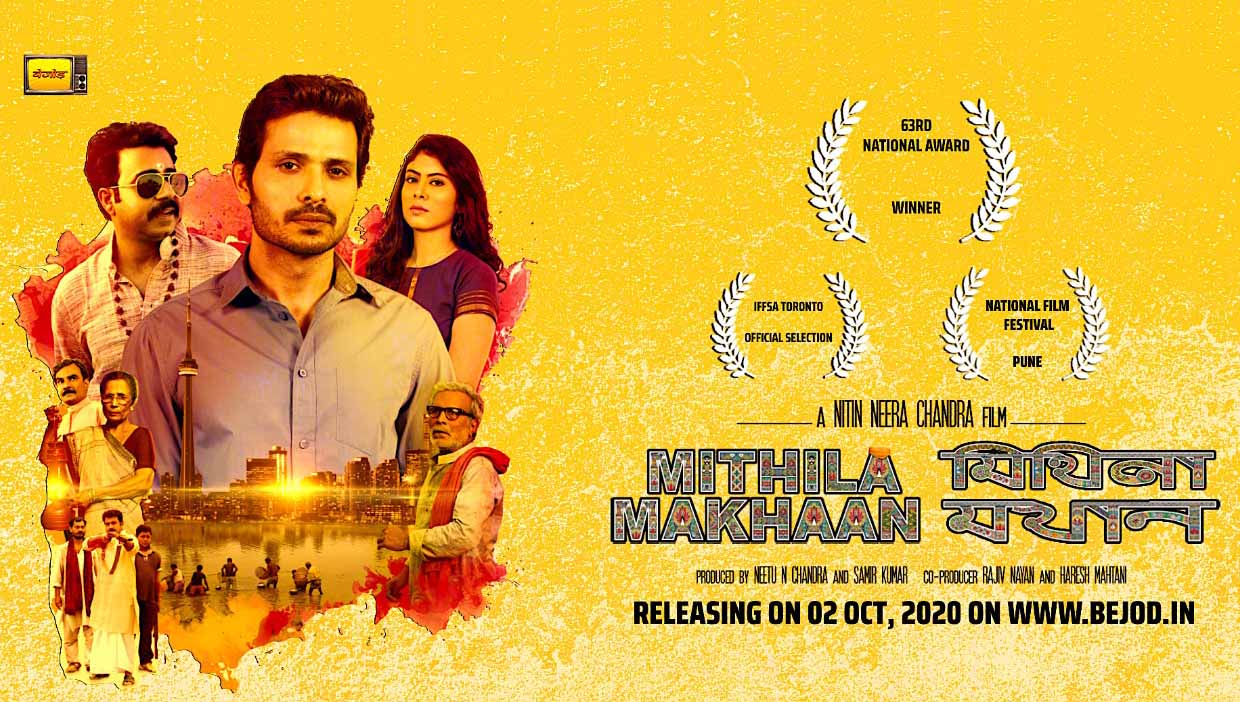 He opens up on how the idea to make this film, how challenging was to find the female lead and his experiencing of winning the National Award.

Director Nitin Chandra says, “The idea of the film occurred during my visit to the flood affected areas of Bihar during 2008 – 2009. I had made a documentary to understand this problem. While talking about flood, I realized and understood one reason for heavy exodus from Bihar. That was no livelihood at grass-root level. Floods were a havoc in the North Bihar. The idea came to me that how about economically abled individuals create  jobs in their own village. This was the germ of the story which later developed and 5 – 6 years later I could make this film with help of an investor from Singapore. I wrote the story in 2013 and started searching for money but unfortunately could not find in my state. But I was fortunate that Producer Samir Kumar came along and with some other resources, I could make the film.”

Talking further he says, “Making this film was a huge challenge because we had to shoot in Toronto as we wanted winter but we did not know that winter in Toronto means temperature ranging from – 35 to –

10 on normal days. We somehow shot guerrilla in Toronto streets and inside their Metro. Those 7 days in Toronto is etched in my mind forever. I used to walk on the streets where the snow forms the white mud sort of mix on road side. I am thankful to DOP Justin Chambers, who shot the film. It was surreal to shoot at the Niagara falls. We came back from – 35 and entered into + 45 in the heat of Bihar in month of May for next schedule. Such was the story and there was no compromise with the realism and the treatment we wanted. So we shot for total 25 – 28 days from Toronto to India and some parts in Nepal.”

While Kranti Prakash Jha and Anuritta K Jha are in the lead roles, Nitin says, “Casting was not easy again, especially for the female part. The male lead Kranti Prakash Jha had worked with me in my previous film Deswa, so I was clear from the beginning to cast him but female was tricky. Anuritta K Jha had done GOW and she was already known, but I still gave it a shot of meeting her, she liked the idea and everything fell in place. Pankaj Jha, who comes from that region was a natural choice for the negative lead.”