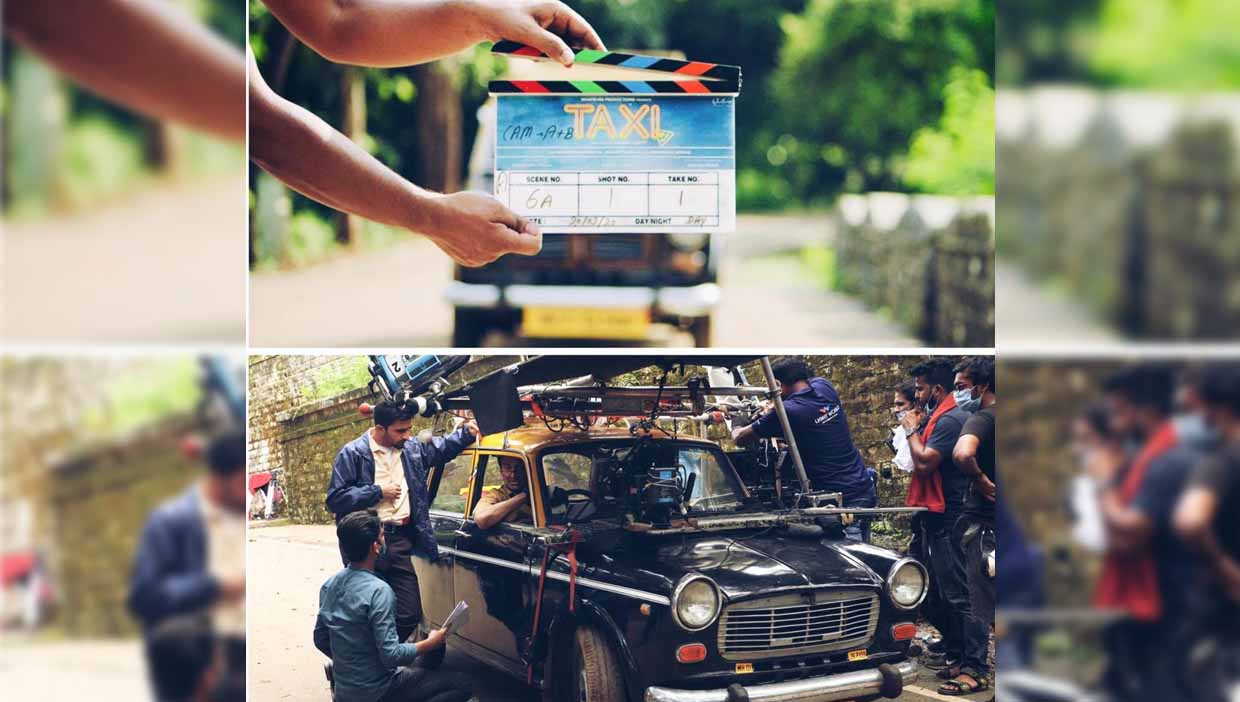 Mahesh Manjrekar, Jagjeet Sandhu along with others wrap up thriller Taxi No. 24!

By Sandeep Hattangadi | Few weeks back, the makers of upcoming large-short digital thriller film Taxi No.24 unveiled the first poster of the film. The film stars Mahesh Manjrekar, Jagjeet Sandhu and Anangsha Biswas in the lead roles. The first look received an overwhelming response from all over.

The film went on floors on September 19th, 2020 in Mumbai and now the shoot is wrapped up.

Producer Saviraj Shetty says, “Its a great and an exclusive experience to work with such power packed crew and such versatile actors. Every day is a new learning, being a new production house, it isn’t easy to sail but can’t deny it is fun. I would like to extend my gratitude towards my director and his team, who have made efforts to make this project a reality. I just cant wait to see what the complete film looks like.”

Director Saumitra Singh says, “By Bappa’s grace, we have wrapped up the filming for our enduring project Taxi No.24. I extend my gratitude towards my EP, for putting together a professional team, my producer, for standing by my side like a rock and especially my actors, who are stretched their boundaries to achieve our desired vision.”

“I always enjoy this part of film making. Shootings are fun, collaborative and creative process. I learned a lot too in the process. Mahesh Manjrekar sir is an institution of art, every shot of his is a treat to watch, Jagjeet too is a comfortable actor to work with, our roots connect somehow to Naseer sir (laughs). And yes, whenever Anangsha appeared on the sets, the whole energy changed.

She’s amazing at her skills. Well, my dream took a great shape.”

Actress Anangsha Biswas says, “It was amazing to work with Saumitra and the whole team. They have an infectious energy which is very attractive. I have been fortunate to work with stalwarts like Sudhir Mishra, Sachin Krishnan etc. and one thing I have noticed in Saum which is common is the hunger to learn and passion towards his craft.

It was fun being on the sets as Saum is a total goofball and is always pulling off pranks on people. Jagjeet Sandhu and I hail from an illustrious theatre background hence we had interesting conversations on that front. I am chuffed about this whole experience.”

Actor Jagjeet Sandhu adds, “I am quite happy since it’s my first Hindi film ever. Earlier, I had worked in Punjabi films and web series Leila and Pataallok, so this was my first experience as an hindi film actor.

Saumitra is a talented director and has so much potential. I have learned so much from my co-actor Mr. Mahesh Manjrekar sir. In totality, I feel elated about the project.”