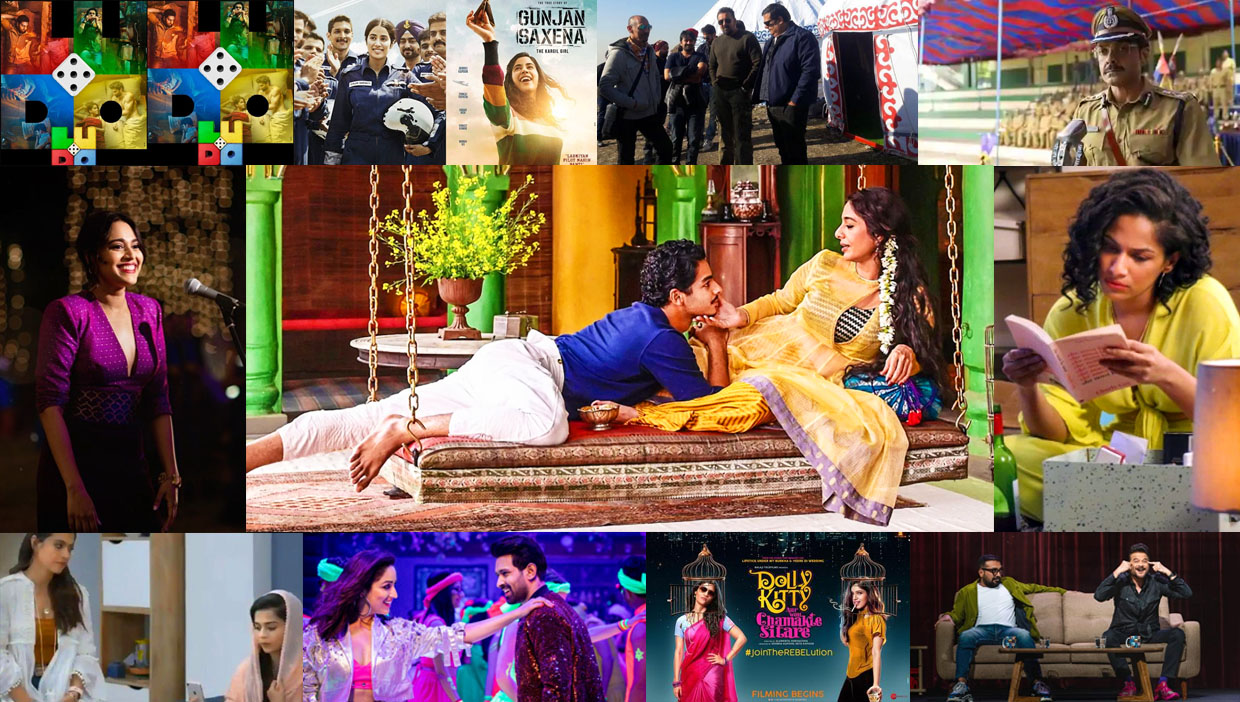 Due to this Covid19 pandemic as all cinema hall are closed. So various film makers and well known actors from Indian film industry plan to release their next on digital platform.

Netflix has announced a very enthusiastic list of over 17 originals that will stream on its platform soon.

Here are the announcements that stream on Netflix:

Sanjay Dutt just share a post on his instagram handle about his next name as Torbaaz. As he describe a little about the film in his caption, its seems quite interesting and exciting. Have a look on that:

Class of ’83 is an upcoming Indian drama film starring Bobby deol as vijay Singh. Film is produced by Red Chillies Entertainment and directed by Atul Sabharwal for Netflix. It is based on the Book “The Class of 83” by Sayyed Yunus Hussain Zaidi and tells the story of an upright policeman-turned police instructor Vijay Singh (Bobby Deol) whose students grapple with the complexities of honour, morals and devotion towards their nation.

Bobby Deol Share post on his instagram and said it’s a very challenging and kind of character which i never played. Below is the link for the same:

Anil Kapoor & Anurag Kashyap is coming up together for his next venture that is called AK vs Ak. Anil Kapoor announce the project in quite interestingly. Here is the announcement:

For the very first time Konkona Sen Sharma and Bhumi Pednekar coming together for their next. The film is directed by Alankrita Shrivastava and is produced by Ekta Kapoor and Shobha Kapoor under their banner Balaji Telefilms. Here comes Pednekar’s take on her next film:

Ginny Weds Sunny is an upcoming Hindi romantic comedy film starring Yami Gautam and Vikrant Massey as in lead role Ginny and Sunny, respectively. Film is directed by debutant Puneet Khanna and produced by Vinod Bachchan. Yami Gautam who’s last two was superhit as URI : The Surgical Strike and Bala, announce his next by captioning it a very interesting and exciting way.

A story about three women who dance to their own beat. Tribhanga show you perfection in imperfection as Mithila Palkar caption his post.
Tribhanga is an upcoming Indian Hindi drama starring Kajol, Tanvi Azmi and Mithila Palkar in the leading roles, the film is directed by Renuka Shahane under the banner of Ajay Devgn FFilms, Banijay Group Asia and Alchemy Films Pvt Ltd.

Masaba Masaba is story of a fashion designer Masaba Gupta who is plays herself as a woman learning to embrace her unconventional path in a world where everyone is expected to fit in. With this actress Neena Gupta Making his acting debut.

A series adapted from the novel,  A Suitable Boy by Vikram Seth, published in 1993. A woman’s search for a suitable boy for her daughter, directed by Mira Nair, written by Andrew Davies and starring Tabu, Ishaan Khatter, Tanya Maniktala and Rasika Dugal the lead roles.
Have a look at Ishaan post right here:

Bhaag Beanie Bhaag is a series starring actor Swara Bhasker and comedian Varun Thakur. It will release on Netflix, the makers announced on Thursday. The series is based on show follows the life of Beanie, who is an upcoming stand-up comic in Mumbai.

Swara share a post on instagram and captioned it , “Breathe Beanie Breathe There’s method Beanie’s madness! I swear. Ok maybe not. You’ll find out soon enough as you watch her get life her together in the midst of all the mayhem #BhaagBeanieBhaag.”