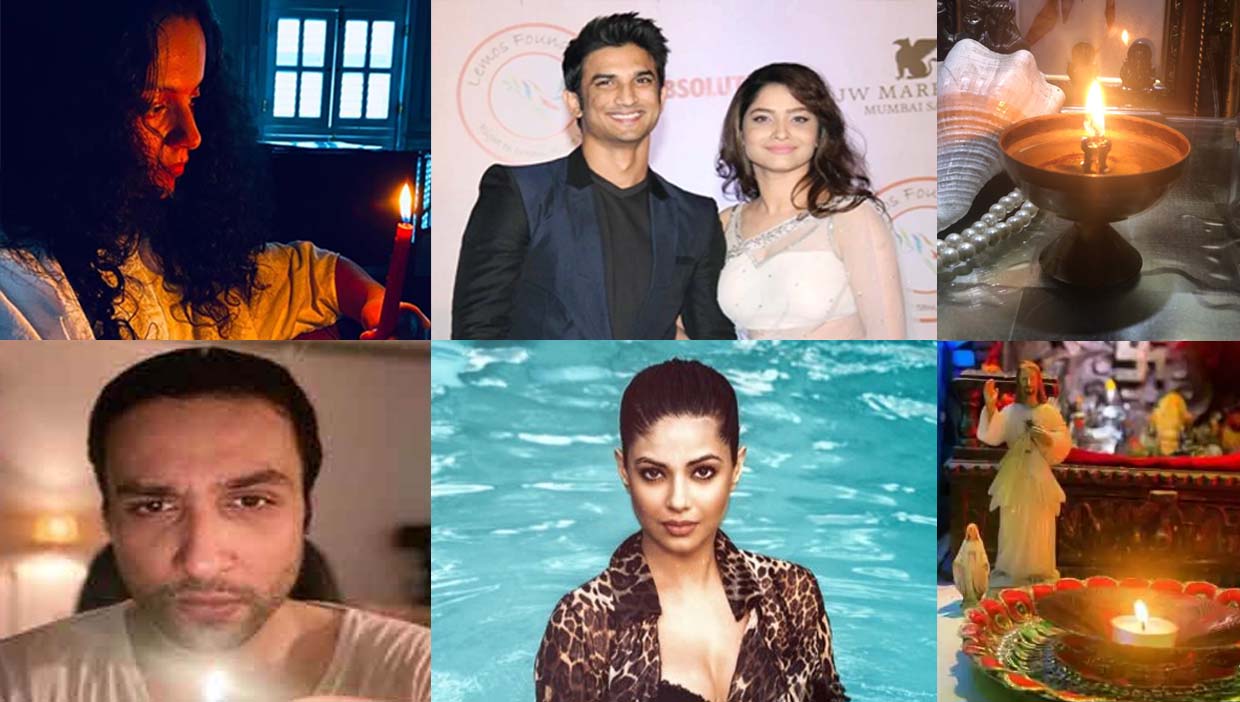 Late Actor Sushant Singh Rajput who was found dead in his bandra apartment on June 14 2020. Since no suicide note was found in his house.  Mumbai Police investigating the case and till now Police interrogated around to 34 people and come to report that It’s a suicide case.

But many of his supporter and fans, including well known bollywood personality like Kangana Ranaut, Ankita Lokhande, Shekhar Suman, Payal Rohatgi and many more. The also include BJP senior leader Dr Subramanian Swamy who also wrote a letter to Honorable PM Narendra Modi and requested for CBI Investigation for Sushant Singh Rajput Death.

A online protest was held on Wednesday evening to give a tribute to late Sushant Singh Rajput and demand justice for him.

Kangana lit a candle to show initiate the movement, a picture of her was posted on her Twitter team account, which goes by the name of Team Kangana Ranaut, on their unverified Twitter account.

“HOPE,PRAYERS AND STRENGTH !! Keep smiling wherever you are.

The digital protest called upon everyone to light a candle in Sushant’s name at 8pm. Fans & Supporter of the late actor’s participated in the protest.

Actor Shekhar Suman and his son Adhyayan Suman also took their Twitter handle and shared a picture to paid tribute to Sushant Singh Rajput by chanting prayers and lighting candles.

You will be burning in our hearts forever #SSR love you I hope wherever you are..you are at peace brother ! #Candle4SSR #CBIEnquiryForSushantSinghRajput,” Adhyayan tweeted.

Actress Meera Chopra also share a post on Twitter and caption it.“This is for you #SushantSinghRajput my heart still refuses to accept that you are no more. Hope justice prevails! #Candle4SSR,”

This #Candle4SSR has been trending on Twitter throughout Wednesday.

The protest, #Candle4SSR, is a peaceful way of requesting higher authorities to initiate a Central Bureau of Investigation investigation into the late actor Sushant Singh Rajput unfortunate demise.