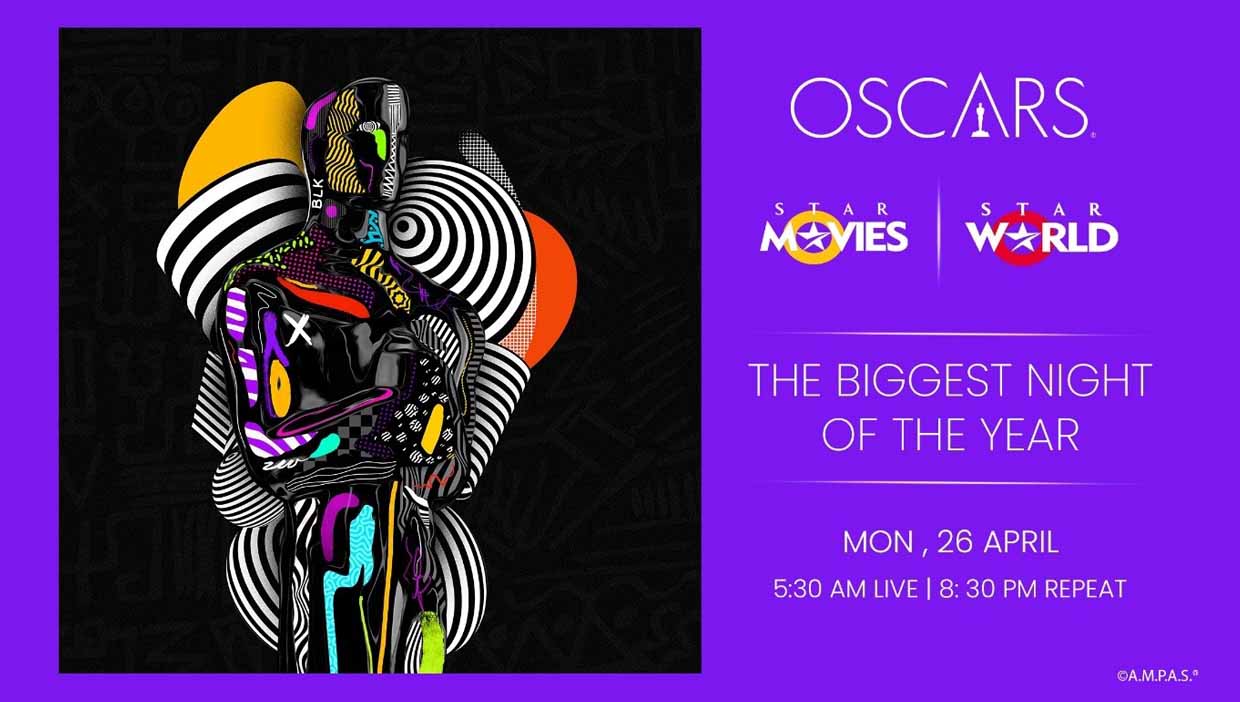 What to expect from the Oscars 2021 and where to watch it in India?

The countdown to the 93rd Academy Awards has begun and all eyes are on The White Tiger. The White Tiger gives India a chance to win an Oscar after almost 2 decades since Lagaan.

In addition to Lagaan, a few other films that have qualified in the past include Mother India (1958), Gandhi (1983),  Salaam Bombay (1989) among others. Gandhi went on to win the Best Costume Design Category.

Where to watch in India?

For India, Star Movies has been home to the Oscars for over 2 decades. Like last year and the years before that, the 93rd Academy Awards will be telecasted live on exclusively on Star Movies this year too. In addition to this, Star World, Star Movies Premiere and Star World Select will also live telecast the event at 5:30 am IST on Monday, April 26. In case you do miss out on the live telecast, the complete awards ceremony will telecast again at 8:30 pm IST on April 26.

The Theme: Bring Your Movie Love

With a central theme ‘Bring Your Movie Love’, the Oscars this year celebrates global appreciation for the power of film to foster connection, to educate, and to inspire to tell your stories. The campaign features an expanded color palette, broadening the artists’ approach to reimagining the iconic statuette.  The Academy had invited seven international artists to create custom Oscar® statuette art inspired by the question, “What do movies mean to you?”

The Oscars won’t have a host

For the third time in a row,  the Oscars won’t have a host. The initial list of presenters for the Oscars this year was announced early in April. Among these were Angela Bassett, Halle Berry, Don Cheadle, Bryan Cranston, Harrison Ford, Joaquin Phoenix, Brad Pitt, Reese Witherspoon, and Renée Zellweger.

Celeste, H.E.R., Leslie Odom, Jr., Laura Pausini, Daniel Pemberton, Molly Sandén and Diane Warren will perform the five nominated original songs in their entirety for “Oscars: Into the Spotlight,” the lead-in to the 93rd Oscars. Hosted by actors Ariana DeBose (“Hamilton”) and Lil Rel Howery (“Bad Trip”), the 90-minute “Oscars: Into the Spotlight” will highlight the nominees’ journey to Hollywood’s biggest night, give fans around the world the ultimate insiders’ sneak peek into the party and for the first-time bring Oscar music to the festivities.  The show will feature a special appearance by DJ Tara.