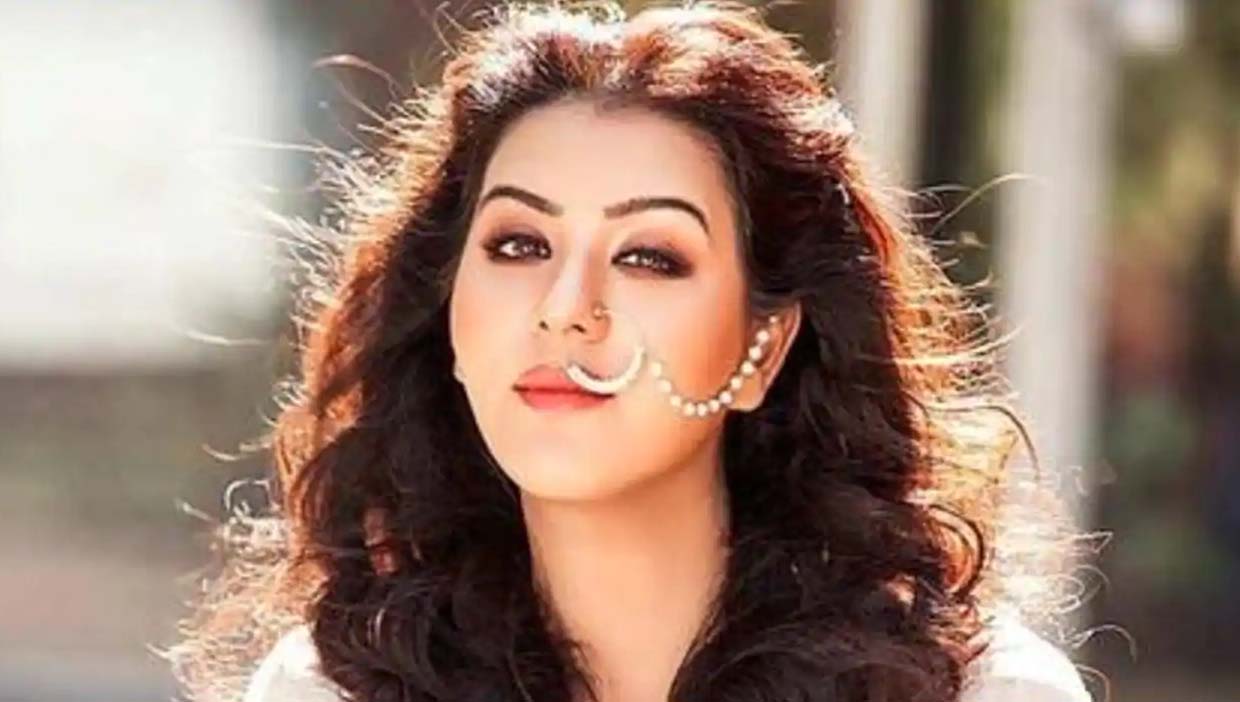 Shilpa Shinde upset with makers of ‘Gangs Of Filmistan’ plans to quit, says ‘had informed them don’t want to work with Sunil Grover’!

By Sandeep Hattangadi | Gangs Of Filmistan which is going to on-air from August 31st has landed in trouble even before it’s launch. Shilpa Shinde, who is one of the actors on the show is unhappy with the markers of ‘GOF’ as she was promised something else and it has not been delivered. In an exclusive conversation with ETimes TV, the actress accuses the makers of making them work for more than 12 hours and of torturing the artists. She is planning to leave the show and has communicated her grievances to the Production house.

“The makers have lied to me a lot from day one about the show. We have been shooting from 7 am in the morning to 11 in the night. I don’t know where these association people are. Why don’t they notice this.

How the artists are being exploited. They are always there to sabotage someone’s image, but now when we are working for 12 hours or more sometimes, nobody is raising a question. Artists get tired of shooting non-step as this time we are doing comedy non-stop in a daily soap format for 1 hour. We were told that we will shoot for the show only twice in a week and we are ending up shooting everyday. We are getting tortured. I saw that day ‘bechara’ Siddharth Sagar was in every gag the other day. He was so tired and had tears in his eyes. He was not saying anything because he wants to work. He fears being sacked from the show. He will get banned or he will get boycotted. If you’re operating a machine even that needs to rest to function properly. How can you make artists work in such a manner. I don’t think the channel is even aware in what circumstances we are working in. I have always supported the team and have given my best,” said Shilpa.

The actress shares that she had informed the Production house on only one condition if Sunil Grover, who is playing Bhindi Bhai in the show is not there, but she later learnt from outside that he is very much there on GOF, “I had mentioned first only that I will do the show on one condition that I don’t want to work with Sunil Grover. This was my first term but they lied to me that no he is not there in the show.

Later, I learnt it from outside that he was part of the show. I questioned them so they revealed the entire cast to me, I was happy then. They again told me he has nothing to do with your part, he will be doing something else. However, he soon joined us in the gags. When he is around, you can’t do anything. He takes over the entire act. We are never given scripts, our gags get destroyed and we don’t get to perform at all. I am not making a comeback to stand behind in the crowd and clap. They are claiming it is Shilpa’s comeback and what am I doing standing behind. I am raising these points so that the production house takes a note of it and works on it. These will help all the artists to perform better and in a healthy environment. Even I want to do the show, but just think about my fans who will be watching me after two years, they will be disappointed as I am not at all seen in the show. How can I term it as my comeback show,” she said.

The actress also accuses the production house for several things. From not giving her scripts to not following the new guidelines of shooting, Shilpa has made some serious allegations, “You’re going to telecast the episode, whenever we ask for our script, they say it is not ready or we are not in the gag. When we are part of the gags and we try to improvise in the act we are asked to not say much. I am not here to work like this after giving so many years to the industry. I am feeling unwell, I have a cold and cough, but they are not ready to understand even that. Only two days while shooting the promo they maintained all the precautions, but after that anyone is walking on the sets. So, many writers are walking on the sets each day. Nobody is following the 7 to 7 guidelines. Should I go and complain about them?

That day after the pack up at 11:20, I was returning from Filmistan and a police guard stopped me and asked where are you coming from.

When I told him I am returning, he told me the shoot gets over at 7, so till 11 you were partying. I was shocked, I felt like recording the conversation but I did not. I felt like telling him to go and stop the shooting as the other cast members were still shooting. They order food from outside from us and when we try to order online, they refuse to pay the bills,” stated she.

Shilpa has made up her mind that she can’t work in such a condition,”

I don’t want to work on the show in this manner. It is a comedy show but what is happening. I am not at all happy. I am not at all shown on the show. I can’t work like this and I hate lies. I don’t want to get exploited. The makers lied to me. I am not working because of the contract. I am not acting after seeing the contract, it comes from my heart. The concept where Sunil ji is watching us do comedy, I was not at all excited. Because audiences are going to laugh at us that a talented person like Sunil Grover is sitting and we are doing comedy.

Nobody gets to perform in the show according to their capability , but just because they have done so many shows with the Production house they don’t want to complain. But I fear nobody so I am speaking. If you see another show like The Kapil Sharma Show, everyone gets an equal opportunity to perform and showcase their talent. But here only one person is performing, Sunil Grover. It is difficult to match his energy,” said the actress.

She has shared her grievances to her producers, “I have spoken to Preeti Simoes and have shared my grievances. They are looking into it and want me to stay back. Now, let’s see what they want to do. But I am not happy with the way things are happening. Everyone has worked hard on the show and I don’t want to jeopardise anyone’s efforts. If tomorrow, I don’t want to be a part of the show, I want it to happen amicably and on a happy note,” concluded she.